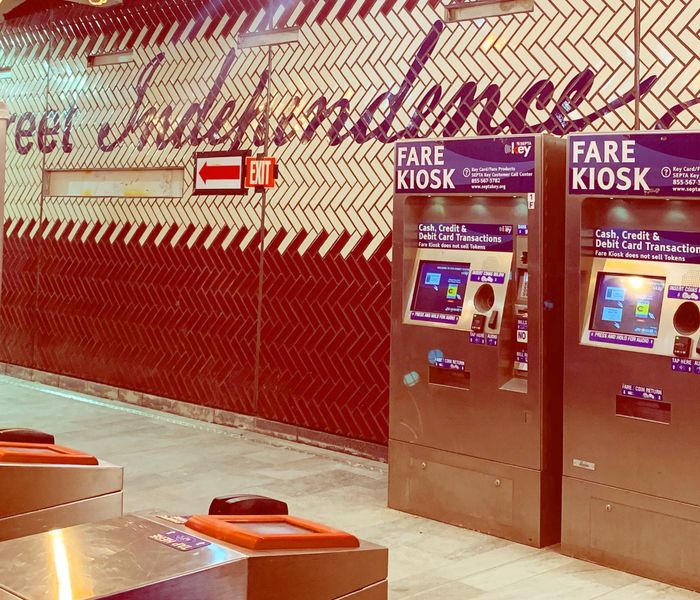 In case you missed it, 5th Street/Independence Hall Station reopened to customers on Monday, August 31, 2020.

The station had been closed since early April 2020 when SEPTA began operating our Lifeline Service during the height of the COVID-19 pandemic.

Construction is still ongoing, and we anticipate the project being complete – and the station fully-reopened – later this year when we plan to hold a formal ribbon cutting.

The Station was made ADA compliant in the early 2000s with the installation of elevators but it had not been rehabilitated since 1974 when the station was renovated for the Bicentennial.

The goal of this project is to transform the station and street-level amenities into a transportation hub with modern amenities that is worthy of its location in the heart of one of nation’s most important historic districts.

Highlights of the project scope include:

Installation of new glass headhouses on the northwest and southwest stairs Between now and the anticipated ribbon cutting later this year, the following work remains to be completed:

Completion of Northeast and Southeast stairs and corridors

Installation of fire and security

Completion of back of house mechanical room renovations

The majority of work will take place at night.