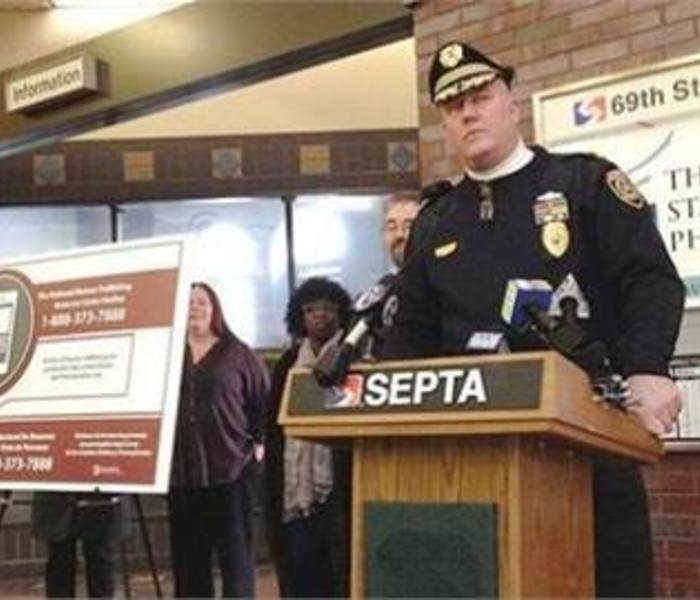 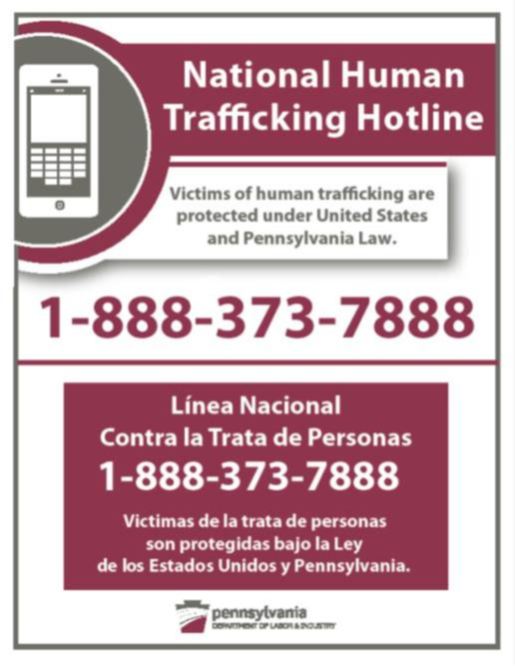 According to the U.S. Department of Homeland Security’s (DHS) Blue Campaign, human trafficking is a multi-billion dollar crime, affecting millions of men,women and children across the United States and around the world every year. DHS states that human trafficking“involves the use of force, fraud, or coercion to obtain some type of labor or commercial sex act.” Human trafficking is a crime under federal and international lawand in every state. All SEPTA Transit Police Officers are trained to look for indicators of human trafficking.

“Transit can play a role in helping to stop human trafficking, considering the number of people that are use our buses, trains and trolleys or access depots and stations 24 hours a day,” said SEPTA General Manager Jeffrey Knueppel. “We are asking the public and our employees to keep an eye out for individuals who appear to be preying on the vulnerable populations at our transportation hubs or in the neighborhoods around our stations. Posting the hotline number should make a difference in getting victims the assistance they need and stopping these crimes."

DHS’ indicators of human trafficking include:

• Does the person appear disconnected from family, friends, community organizations, or houses of worship?

• Has a child stopped attending school?

• Has the person had a sudden or dramatic change in behavior?

• Does the person show signs of having been denied food, water, sleep, or medical care?

• Does the person lack personal possessions and appear not to have a stable living situation?

For more information about the DHS Blue Campaign and human trafficking, visit https://www.dhs.gov/blue-campaign/about-blue-campaign.