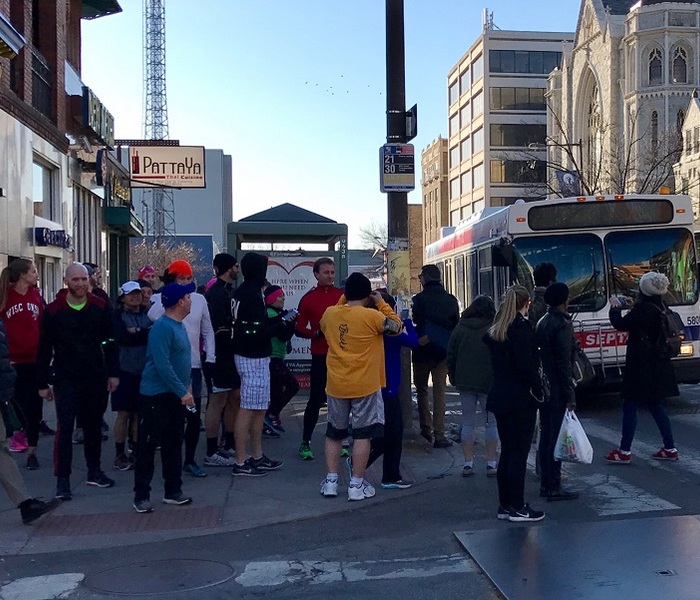 On Wednesday, 3/22, 45 runners lined up on the corner of 40th & Chestnut to take their mark against a packed, 28,939 pound, 40 foot, Route 21 SEPTA Bus in the Fourth Annual Race the Bus. This event, organized by the Clean Air Council, creates awareness for the Run for Clean Air which this year is on Sunday, April 9.

The bus and the runners took off at 5:41pm headed eastbound on Chestnut Street to the finish line 3 miles away at 2nd & Chestnut. To keep it interesting, we sent three volunteers to 2nd & Chestnut, three different ways: Market-Frankford Line, Uber and Lyft.

So who got there first? It turns out rubber tires and running legs are no match for steel wheels. Our Market-Frankford Line rider, made the trip from 40th & Chestnut to 2nd in Chestnut in 15 minutes and it only cost her $1.80 [she had a token]. Second place went to... a runner. A really fast runner. He made the trip in 22 minutes!!

The Route 21's typical travel time from 40th & Chestnut to 2nd & Chestnut is 29 minutes. However, the lingering snow and ice from Winter Storm Stella means a narrower driving lane which slows speed and yesterday, a crew from The Ellen Show shut down Walnut Street between 17th & Broad Streets from 1p to 8p causing traffic snarls and sidewalks crowded with Ellen fans. This also impacted the bus's time.

What we're saying is, on this fateful night, the majority - but not all - of the runners beat the bus. One guy - Phil - actually tied the bus. Final time 35 minutes. But we're giving the win to Phil as a birthday present - you see Phil turned 79 yesterday!!

And let's not forget about our ride-sharing friends. Our uberX rider made it to 2nd & Chestnut in 27 minutes but it cost her a whopping $10.30!! That's almost 6 SEPTA rides! Our Lyft rider made it a minute later and it cost him $11.37!! Ouch.

If you ask us - and we are admittedly biased - we believe the real winners were the people on the bus. They arrived at 2nd & Chestnut after everyone else, but they were warm, not out of breath and they did not require showers. We chatted with a few of them to see how they spent the 38 block commute, and we received a variety of responses: read two chapters of Big Little Lies, watched half an episode of Big Little Lies, knitted a hat, answered 17 emails, played Eye-Spy with their kid, practiced their French on a language acquisition app and our favorite response - nothing. That’s the beauty of SEPTA - even if there is rush hour traffic, riding SEPTA still frees up one’s hands (and in this case – legs) to do everything they would otherwise have missed. Which brings us to our March contest. Tell us how you roll on SEPTA and you could win an April Anywhere TrailPass. But you better hurry - the contest ends Sunday, 3/26. 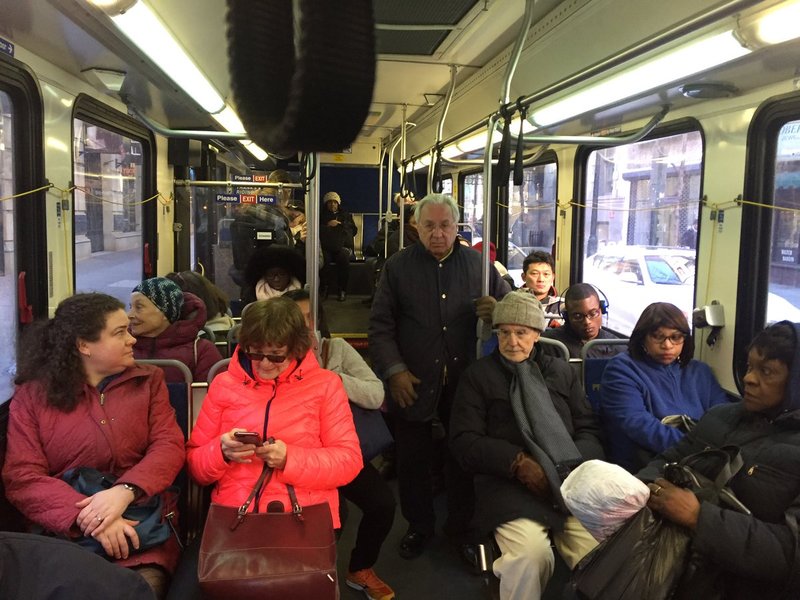 But back to the actual winners - the runners. Congratulations!! Like the bus, you had to navigate icy curbs and crowded crosswalks but unlike the bus, you battled a fierce wind and cold temperatures. You earned your bragging rights and your SEPTA t-shirt. We look forward to seeing you again on April 9! 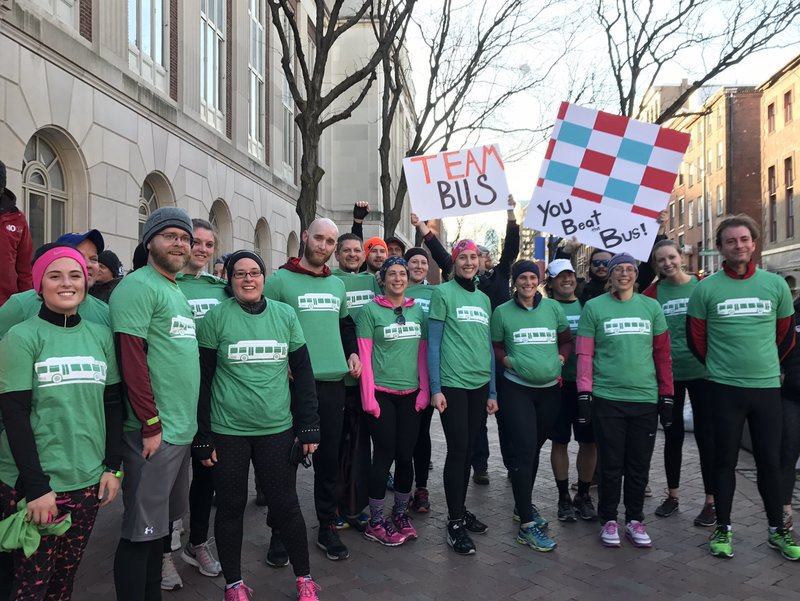 We're lucky to live/work in a city that has so many different ways to get from Point A to Point B - and this event is a celebration of that. And even though, the bus technically lost, we feel good knowing we safely, carried 37 customers across  Chestnut Street - something the Route 21 does 220 times a day!!

Thanks to everyone (thank you Clean Air Council!) who made this year’s Race the Bus another great competition with even better camaraderie.