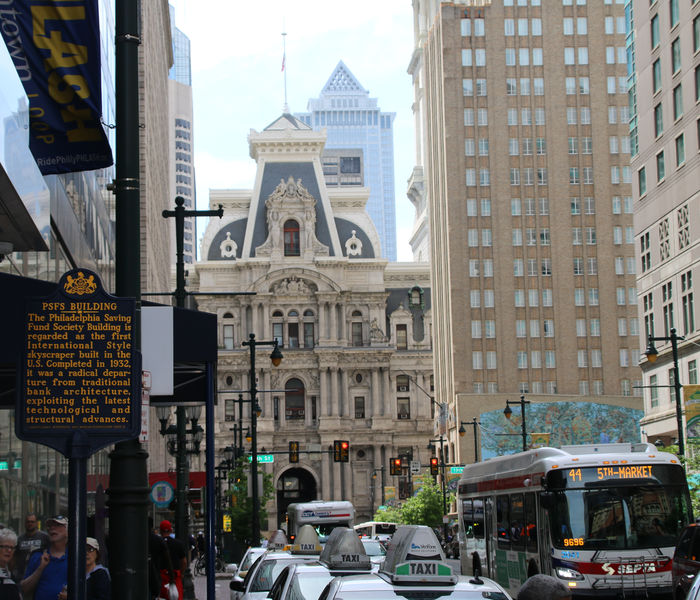 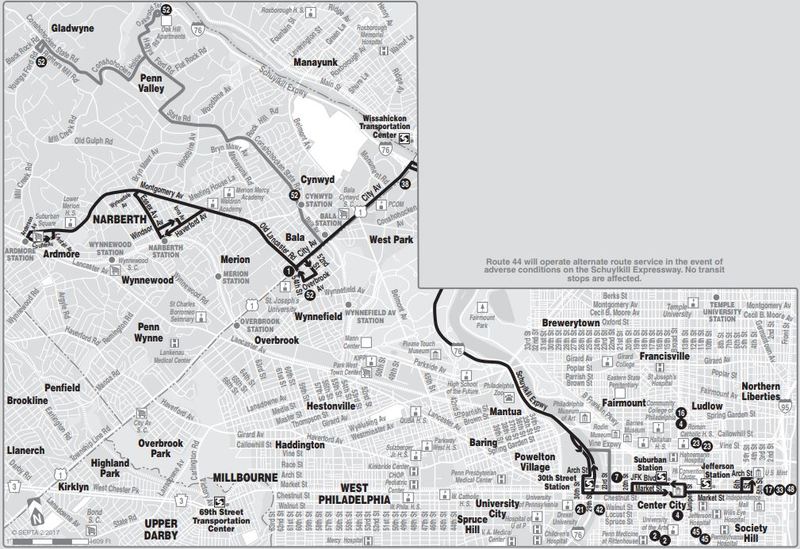 Service on the Route 44 was established on September 6, 1960 by Philadelphia Transportation Company (PTC). This route ran from City Hall to 54th Street & City Avenue in West Philly. On February 12, 1962, service extended to 5th & Market and Ardmore. SEPTA took over operations of the Route 44 on January 29, 1970.

Beginning at 5th & Market, the Route 44 is a great way to get to Philadelphia landmarks like Independence Hall and the Liberty Bell, the Constitution Center, the African American Museum and more. From 5th & Market, the Route 44 travels east on Market Street, heading through Center City, connecting with Jefferson, Suburban, and 30th Street Stations. The Route 44 then travels onto the Schuylkill Expressway to West Philadelphia via City Avenue, passing Saint Joseph's University. From there, the Route 44 heads through Merion and Narberth to its final destination, Ardmore.

Take the Route 44 this week to Ardmore Restaurant Week! From 7/15 thru 7/28, enjoy specially priced three-course meals at 20+ restaurants in Downtown Ardmore. These meals include options at three price points - $15, $25 and $35. The line-up of restaurants this year includes four of the Main Line's hottest and most buzzed about new restaurant offerings, like  Ardmore Q, Bam Bam Kitchen, Tired Hands Fermentaria, and more!

Whether you're headed to Center City, West Philly, or out to the suburbs, hop the Route 44 and let SEPTA be your ride! 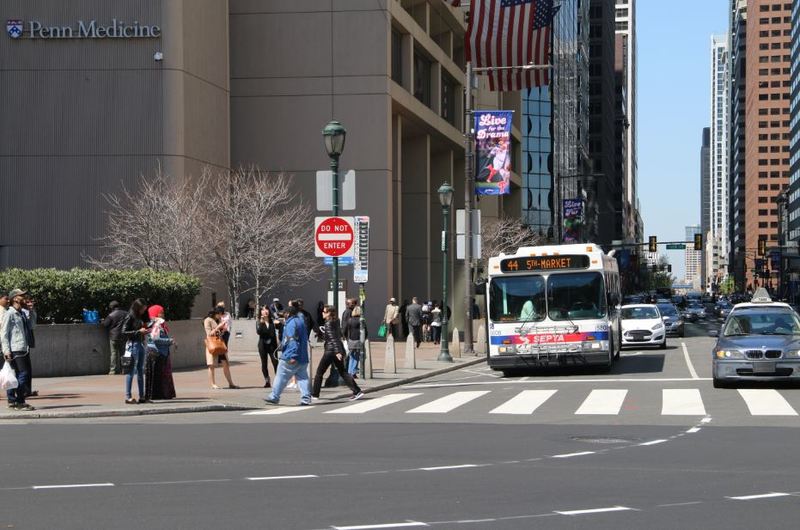