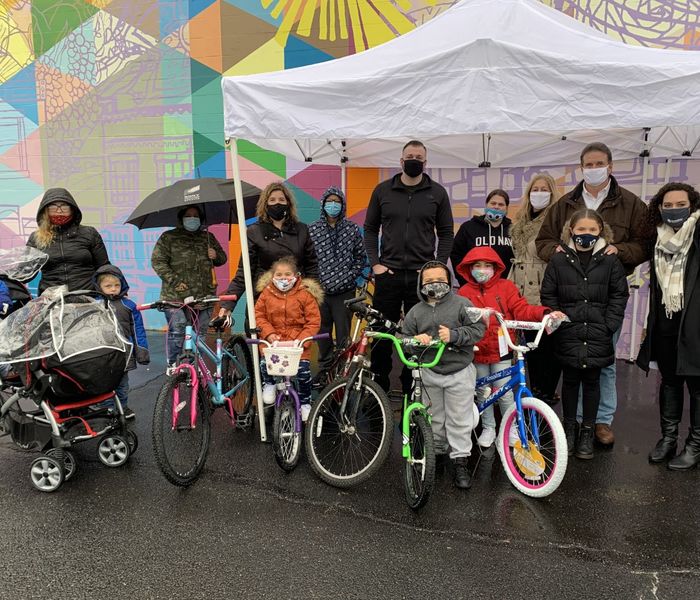 Eight years ago, Chris Guinan, (who recently retired after 30+ years at SEPTA) wanted to make a difference for children in need throughout the Greater Philadelphia region by presenting them with bicycles.

That year, five children received gently used bikes that had been refurbished by Chris and his family members.

Fast forward to 2020, Chris and his nine-year- old granddaughter, Sophia, along with other family members presented their 1,000th bike to a child in need at Congreso, a service-oriented non-profit in North Philadelphia with a mission to enable individuals and families in predominantly Latino neighborhoods to achieve economic self-sufficiency and well-being..

Despite the rain, the children zoomed around the parking lot on their new bikes - with huge smiles on their faces!

SEPTA salutes Chris and his family for their years-long effort to refurbish and purchase new bikes for area kids!