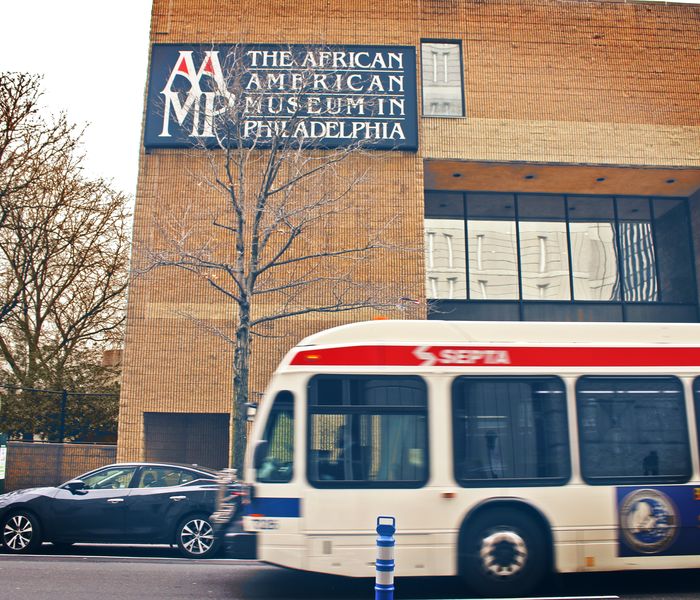 One of the more notable examples of the impact African-Americans have made in public transportation is, of course, Rosa Parks. In early December of 1955, Rosa Parks refused to give up her seat to a white passenger. Her ensuing arrest sparked the Montgomery bus boycott. It lasted from December 5, 1955 to December 20,1956, when it was ruled by the Supreme Court that segregated buses were unconstitutional. Her immense  bravery was a turning point in the Civil Rights Movement. There are also many African-Americans who influenced the operations of public transportation. For example, Elbert R. Robinson refined the electric trolley in 1839. In 1923, Grantville T. Woods invented the Induction Telegraph System, which allows trains to communicate with one another to prevent head-on collisions. Andrew Jackson Beard invented the Jenny Coupler, which automatically links cars without workers needing to do the dangerous job.

In 1926, thirteen African-Americans in Winston-Salem, North Carolina created the first black owned bus company - the Safe Bus Company - to service African-American neighborhoods, which were ignored by the public transportation offered by the city. It was operational until 1972, when it was bought by the city. Philadelphia has long been known as an important center for African American history and culture. This was true in the 18th century when Philadelphia had the largest free black population and was the center of the abolitionist movement, and it holds true today. The following are destinations that offer a look into the Philadelphia story that began centuries ago. And guess what? You can ride SEPTA To each and every one!

February marks the 150th anniversary of the 15th Amendment, which said that the right to vote could not be denied based on race. The National Constitution Center celebrates the anniversary with an entire month of programming, including “The Road to Freedom,” an interactive program that examines slavery, key events and important historical figures from the time of the Constitutional Convention to the Civil War. Be sure to use this Perk! So easy to get here on SEPTA. Hop the Market-Frankford Line to 5th Street/Independence Hall or Routes 17, 33, 38, 44, 48 or 57. Singer Mykal Kilgore — who has performed in Motown the Musical, The Book of Mormon and Hair on Broadway and is the artist behind the viral song and video Reclaiming My Time — makes a stop at World Cafe Live during his tour for the release of his debut album, A Man Born Black.  Get there on SEPTA. Take Regional Rail to 30th Street Station, the Market-Frankford Line to 30th, Trolley Routes 10, 11, 13, 34 or 36  to 30th or Bus Routes 21, 42, or 49.

The Peoples Emergency Center hosts this event to discuss the effects of gentrification of Philadelphia’s Black Bottom neighborhood — now known as University City. Attendees can learn about the history of the neighborhood and take part in a placemaking craft activity. Get there on SEPTA! Trolley Route 10 takes you there!

The folks from The 85 South Show — a podcast showcasing improv and freestyle works by comedians from the South — bring their live show to The Liacouras Center! Enjoy performances by DC Young Fly, Karlous Miller, Chico Bean and more during the event, which will be turned into an episode of the podcast. To get there, hop the SEPTA Broad Street Line to Cecil B. Moore or Regional Rail to Temple University.

To honor the Queen of Soul, The Philly POPS features Broadway powerhouse Capathia Jenkins and R&B singer Ryan Shaw in a program that includes renditions of Bridge Over Troubled Water, Respect and Chain of Fools. Get there on SEPTA. Hop Routes 4, 12, 27, 32 or the Broad Street Line to Walnut-Locust. History After Hours: Black History Untold at the Museum of the American Revolution (2/11 from 5p-8p)

The February edition of the museum’s History After Hours at the Museum of the American Revolution examines the concept of revolution through the lens of Black history. Award-winning journalist Sofiya Ballin presents the latest installment of her annual Black History Untold series — a short film which features Black individuals telling their own stories of resistance and revolution. Other activities during the event include make-and-take crafts and live music. Bonus: Guests at History After Hours enjoy just $10 admission. Short walk from Jefferson Station or ride SEPTA's Market-Frankford Line to 5th Street/Independence Hall Station. Bus Routes 5, 9, 17, 21, 33, 38, 42, 44, 48, 57, and 121 also stop near the museum.

The Penn Museum celebrates traditions from Africa and the African diaspora at this all-day event. Guests can enjoy live musical performances, an African marketplace, storytelling circles and mask-making workshops. And don't forget, you've got Perks! Take Regional Rail to Penn Medicine Station, formerly University City Station (it's across the street) or Routes 21, 40 or 42 or Trolley Routes 11, 13, 34 and 36. 30th Street Station is a short walk to the Penn Museum as is the 34th Street exit of the Market-Frankford Line.

Halima Taha, author of Collecting African American Art: Works on Paper and Canvas, visits the Pennsylvania Academy of the Fine Arts for a lively discussion about how and why fine art created by Black artists has become so widely sought after by art collectors and museums in the past two decades. Get there on SEPTA! Hop the Broad Street Line to City Hall or Race-Vine or Routes 2, 4, 16, 27 or 48. The Annenberg Center for the Performing Arts celebrates Black History Month with two incredible performances for 2020. In Intuition: Songs From The Minds Of Women, Alicia Olatuja — who performed at the 2013 presidential inauguration — makes her Philadelphia debut with songs from her new album (2/16). Four days later, artist Angélique Kidjo, who was dubbed “Africa’s premier diva” by Time Magazine, wows the crowd (2/20). op Trolley Routes 10, 11, 13, 34 or 36 to 36th Street Station, the Market-Frankford Line to 34th Street Station or Bus Routes 21, 30, 42, or 49. You can also take Regional Rail to 30th Street Station or to Penn Medicine Station, formerly University City Station.

During this special program, The Library Company of Philadelphia showcases original documents related to Frederick Douglass’ abolition efforts. The collection includes broadsides and manuscripts as well as photos of the man who became known as the most photographed man of the 19th century. Get there on SEPTA. The Library Company is a quick walk from the Broad Street Line's Walnut-Locust Station.

Voices of Hope: A Black History Month Celebration at the Please Touch Museum (2/20 at 6p)

The Rosenbach’s seventh edition of Yolanda Wisher’s Rent Party — an event paying homage to the Harlem Renaissance tradition of artists and musicians throwing house parties to pay their rent — focuses on the lives of four African American poets who were part of the beat poetry movement of the 1940s and 1950s. The event features vocal and drum performances, Beat poetry classics and more. Get here on SEPTA. The Rosenbach is a short walk from 30th Street Station and Suburban Station. The Route 17 Bus travels 19th Street on 20th Street. Other nearby routes include: the Market-Frankford Line, the Broad Street Line, and Routes 2, 9, 12, 21 & 42.

At the Blockson Collection: A Conversation and Book Signing with Haki Madhubuti (2/21 from 2p-4p)

The Charles L. Blockson Afro-American Collection hosts a conversation and book signing with Haki Madhubuti, the National Endowment for the Arts-winning poet who founded the Third World Press — the oldest independent publisher of Black literature in the nation. The event is completely free. Get there on SEPTA! Take the Broad Street Line To Fern Rock Transportation Center or hop Bus Routes 4, 16, or 23!

Awakened in You: The Collection of Dr. Constance E. Clayton at the Pennsylvania Academy of the Fine Arts (2/21 thru 7/12)

At this new exhibit, the Pennsylvania Academy of the Fine Arts displays more than 75 works by African American artists from the collection of educator and arts advocate Dr. Constance E. Clayton. The collection features mostly paintings and works on paper, and also include sculptures by Richmond Barthé and Augusta Savage. Hop the Broad Street Line to City Hall or Race-Vine or Routes 2, 4, 16, 27 or 48.

The Eastern PA Conference of the United Methodist Church hosts a screening of the HBO documentary True Justice: Bryan Stevenson’s Fight for Equality, about Stevenson’s work to bring justice to wrongly convicted individuals. After the film, guests can join a panel discussion about race in regards to the criminal justice system. Take SEPTA there! It's a short walk from Route 99.

Ladies Night Out: Comedy Tour at The Met Philadelphia (2/22 at 8p)

Head to The Met Philadelphia for a hilarious evening featuring some of the funniest Black women in America. NeNe Leakes hosts the event with guests Loni Love, Adele Givens, Sherri Shepherd, Kym Whitley and B Simone. The Met is approximately 2 blocks south of the Girard Street Station & 3 blocks north of the Fairmount Station on the Broad Street Line. You can also take the Route 4 or Route 16 to Poplar and Broad Street. Or take the Route 15 to the Girard and Broad Street stop. This stop is approximately 2 blocks north of the venue.

Grab a cocktail, sit under the stars and enjoy live jazz courtesy of Arpeggio Jazz Ensemble at this new-for-2020 event inside The Franklin Institute’s Fels Planetarium. Derrick Pitts, chief astronomer at The Franklin Institute, joins the festivities by narrating a special version of The Sky Tonight, an interactive tour of the constellations and planets visible from the planetarium.Get there on SEPTA. Short walk from Suburban, 15th, City Hall and 19th Street Stations. Or hop Routes 7, 33, 38 or 48.

Black History Month is a perfect time to explore the quaint home that famous Philadelphia-born singer Marian Anderson purchased in 1924. Visitors to the National Marian Anderson Museum find a marvelous ensemble of memorabilia, books, rare photos, paintings and films regarding the great contralto’s life and successes, including her storied performance at the Lincoln Memorial in 1939. The museum is open for tours Monday through Saturday; advance reservations are required. Get there on SEPTA Route 17. West Philadelphia’s Paul Robeson House served as the residence for the esteemed human rights activist, scholar, attorney, actor, athlete and singer during the last decade of his life. Guided tours (by appointment only) give visitors a chance to learn about Robeson’s politics and discover his life of accomplishments — including his family’s 18th-century roots in Philadelphia. Get there on SEPTA! Hop  Route 21, 42 or 52. Freedom was the goal for the thousands of enslaved Africans on the Underground Railroad, a secret network of safe houses, churches and farms that offered shelter and safety. Find notable Philadelphia sites and learn about Philadelphians who bravely worked to keep the route running in the comprehensive guide to the Underground Railroad in the Greater Philadelphia area. Make sure you check out the Johnson House! Get there on SEPTA: take Bus Route 23. Several branches of the Free Library of Philadelphia celebrate Black History Month with special events and programming throughout February.

Walk on hallowed ground at Mother Bethel AME Church, the mother church of the nation’s first black denomination. Founded in 1787, the church rests upon the oldest parcel of land in the United States continuously owned by African-Americans. Take SEPTA there! Take Route 40 to visit this historic spot.

There are so many ways to celebrate Black History in Philadelphia!