Going ‘Above and Beyond’ 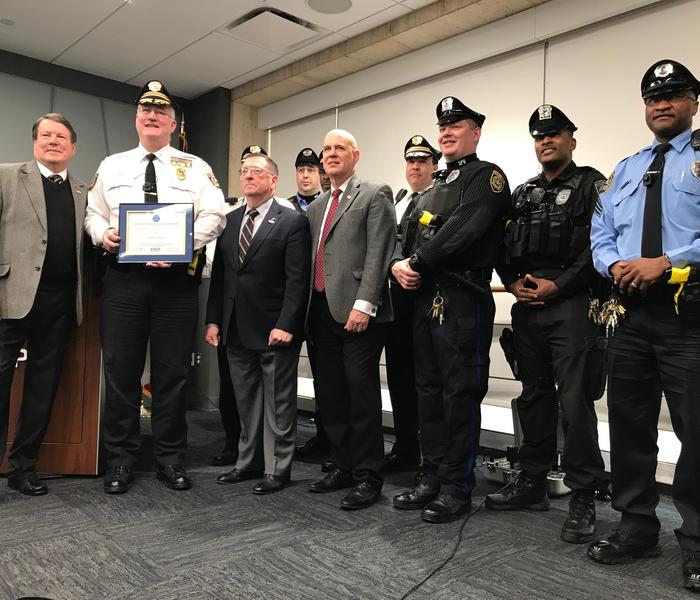 On Tuesday, February 5, 2019, the SEPTA Transit Police Department received a Department of Defense Award for Going ‘Above and Beyond’ for Enlisted Police Officers.

SEPTA General Manager Jeffrey D. Knueppel, along with SEPTA Transit Police Chief Thomas J. Nestel III, accepted the Department of Defense Employer Support of the Guard and Reserve “Above and Beyond” Award for outstanding support of SEPTA Police officers who are enlisted members of the United States Armed Forces.

The Employer Support of the Guard and Reserve (ESGR) is the lead Defense Department program promoting cooperation and understanding between civilian employers and their National Guard and Reserve employees. Established in 1972, ESGR operates within the Office of the Assistant Secretary of Defense for Reserve Affairs. ESGR develops and promotes supportive work environments for service members in the Reserve Components through outreach, recognition and educational opportunities that increase awareness of applicable laws.

Service members have the opportunity to nominate a supervisor or organization based on a wide range of measures such as time off prior to and after deployment, caring for families and granting leaves of absence.