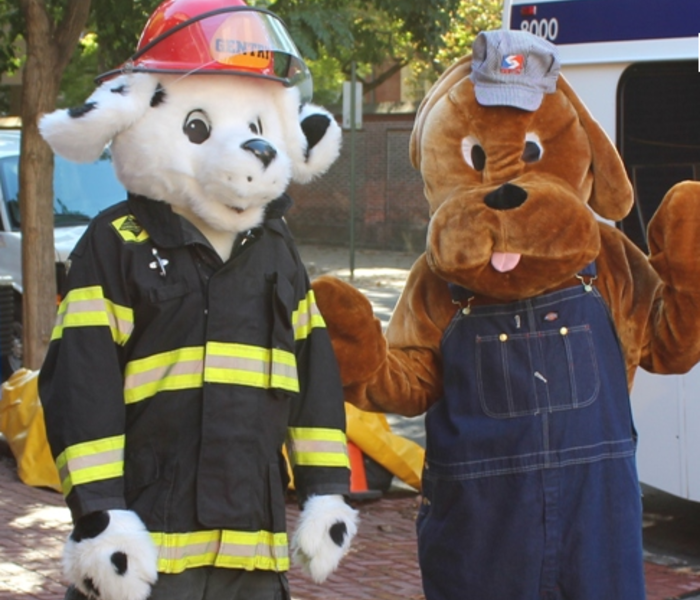 For the 18th consecutive year, SEPTA and the Philadelphia Fire Department are observing Fire Prevention Week by placing car cards in 2,000 SEPTA vehicles. The cards were unveiled by SEPTA Assistant General Manager of System Safety, Jim Fox, and Philadelphia Deputy Fire Commissioner, Craig Murphy On Tuesday at an event at Ladder 2 in Old City. oining SEPTA and PFD at the car card unveiling were members of the Junior Fire Patrol of the Philadelphia Holy Redeemer Chinese Catholic School and Church and their sponsor Ms. Mei-Hing Lueng. 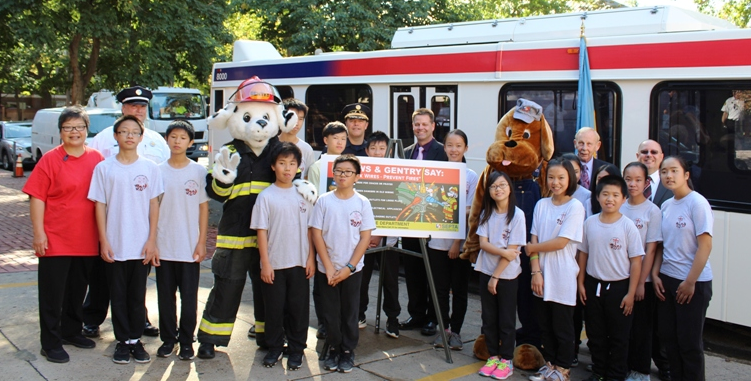 "We are fortunate to live in a city that has one of the most elite fire response agencies in the nation," said Fox. "The members of the PFD are heroes putting their lives on the line to protect us every day. But equally as important, if not more so, is their proactive work toward fire prevention. That is why SEPTA is proud to partner with the PFD in our annual car card campaign to kick-off Fire Prevention week."

"Fire prevention is a year-round activity, 24/7/365, and one of the most important things we do," Thiel added. "The best fire is the fire that doesn't start."

"Through our joint efforts, we are spreading the important life-saving message about the dangers of fires and the steps that everyone can take to help keep themselves and their families safe," said Fox. "It is our hope that our firefighters never have to respond to a fire; one fire is one too many. We can all do a part in achieving this goal."