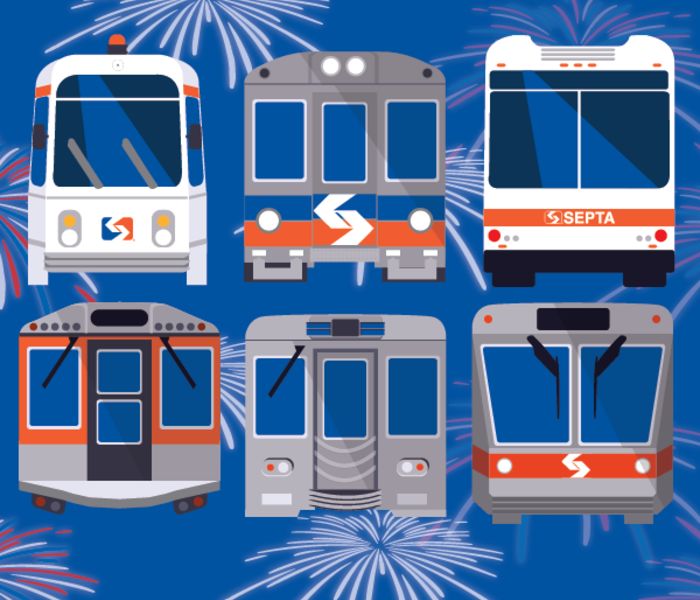 It's a regular weekday schedule for all buses, trolleys, Market-Frankford, Broad Street and Norristown High Speed Lines. But - look for additional Market-Frankford Line service to accommodate customers traveling to Penn’s Landing for fireworks.

And just like you on New Year's Eve, the Broad Street Line and the Market-Frankford Line trains will run all night long! Great news for those headed to/from NYE Live! at Xfinity Live!

All buses with the exception of the Route 204, which does not run on holidays, will operate on a Sunday schedule. A number of buses that operate on and around South Broad Street will be on detour due to the Mummers Parade.