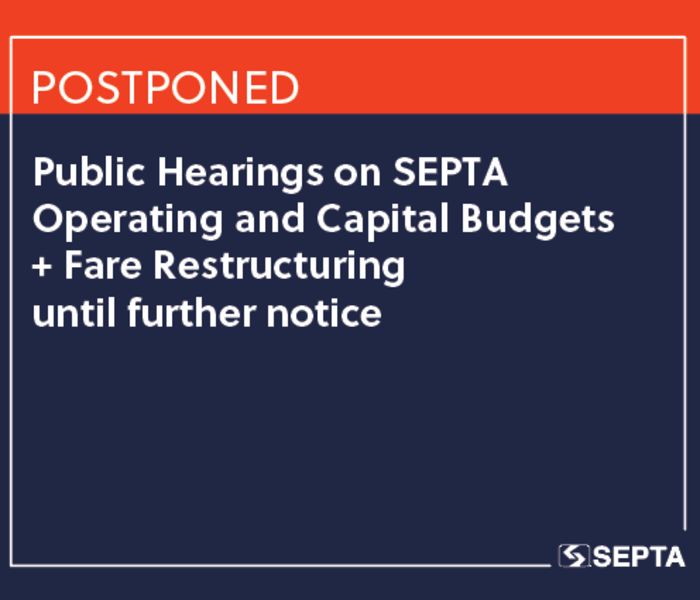 SEPTA is postponing all public hearings on the proposed operating and capital budgets for Fiscal Year 2021 due to the COVID-19 crisis. The hearings were scheduled for late April for both proposals. Dates and details of the new hearings will be announced at a later time.

SEPTA originally planned to hold 10 public hearings throughout the region on the Operating Budget, which includes a fare restructuring plan. That was adjusted to four virtual hearings as the COVID-19 outbreak worsened. SEPTA also started to plan virtual hearings for the Fiscal Year 2021 Capital Budget.

On Friday, March 27, 2020, SEPTA officials, in consultation with the SEPTA Board, decided to postpone the process by at least 30 days. Details on how the hearings will be conducted will be announced as soon as possible.

If the hearings are able to take place in May, the SEPTA Board could consider a vote on the operating and capital budgets at its June meeting. This remains a fluid situation and is subject to further change.