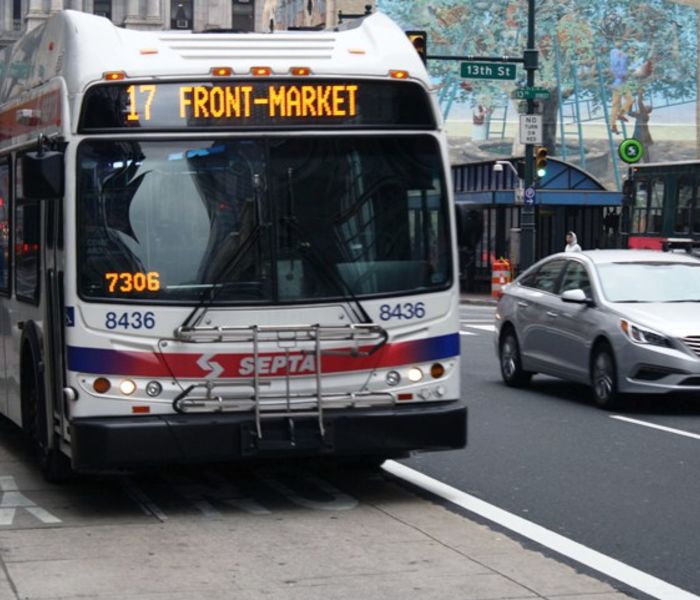 This week, we’ll be exploring the Route 17! This route goes back and forth between two iconic spots in Philadelphia: Penn’s Landing and Broad and Pattison. The Route 17 is one of our Night Owl buses, meaning it runs 24 hours a day, 7 days a week. It's also one of our 15-15-5 routes, meaning it runs every 15 minutes for 15 hours a day, 5 days a week. Want to know if a route is one of our Night Owl's like the 17? Just check the schedule to see if there is an owl image on the cover. On a typical weekday the Route 17 makes a total of 252 trips and carries 11,108 customers, making it the 19th busiest bus route in all of SEPTA. Because of the breadth of this route, it’s a great option for your travels this week during Restaurant Week. From now thru 1/24 restaurants across Center City will offer three-course dinners for only $35 per person. In addition, many will also offer a three-course lunch for $20.

So whether you’re catching a game at the sports complex, going skating at Penn’s Landing (psst, you’ve got a Perk!) or heading to dinner, hop Route 17 to get there!