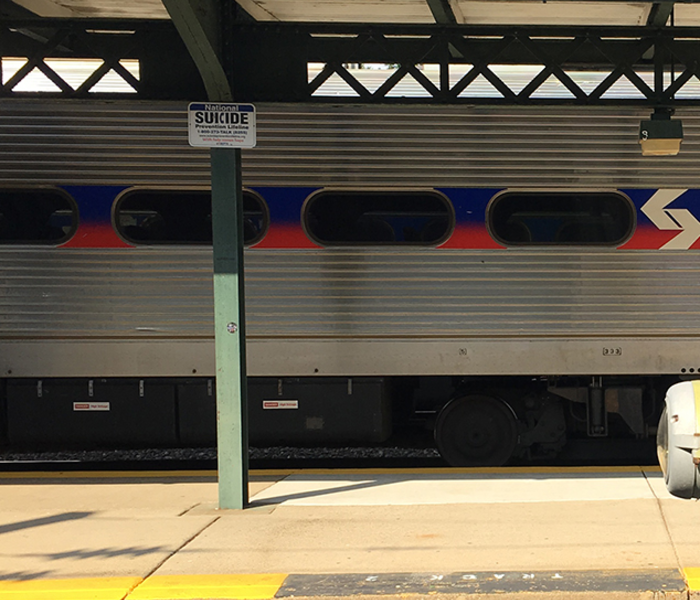 More than 50 percent of the fatalities on SEPTA’s rail system each year are ruled suicides. As an extension of its suicide prevention program, the Authority has partnered with the Regional Suicide Prevention Task Force of Southeastern Pennsylvania (RSPTF) to educate riders about assistance that is available for those contemplating suicide and for those with loved ones in need of help.

SEPTA and RSPTF officials also unveiled the car card for the #YouMatter campaign that will appear on all of the more than 1,400 buses in SEPTA’s fleet.

The RSPTF is a collaboration of local task forces in southeastern Pennsylvania working together to educate, prevent and create awareness around the issue of suicide. Suicide is the 10th leading cause of death nationally and for every death, there are 25 people who will attempt to take their own life. The task force strives for communities to know that with help there is hope.

The purpose of this collaboration with SEPTA is to reach out to the community and provide a message that you matter and if you or someone you know is thinking of suicide to call the National Suicide Prevention Lifeline at 1-800-273-TALK.

In addition to the car cards on vehicles, signs located at all SEPTA Regional Rail and rail transit stations inform the public that assistance is available for those contemplating suicide via the National Suicide Prevention Lifeline. SEPTA started installing the Lifeline signs in 2014 and there are now more than 1,000 posted throughout the Authority’s five-county service area. The National Suicide Prevention Lifeline is answered locally by Family Service Association of Bucks County, Montgomery County Emergency Services and Philadelphia Department of Behavioral Health and Intellectual Disabilities.