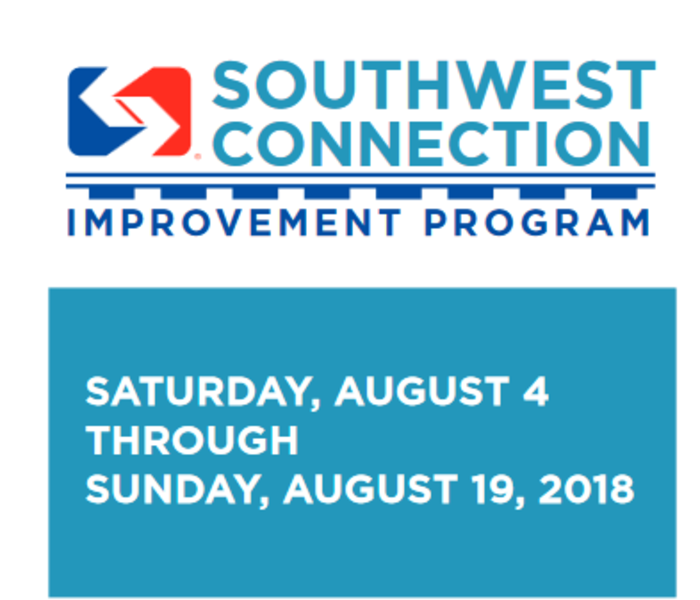 SEPTA is embarking on a multi-stage Regional Rail project just south of University City Station to replace worn infrastructure, improve operational reliability and uphold the authority’s commitment to keep the system in a state of good repair.

Failures of this aging infrastructure – much of which dates back to the 19th Century and was inherited by SEPTA - not only cause service delays and breakdowns but could potentially bring Regional Rail operations to a standstill. Thanks to the passage of Pennsylvania Act 89, along with funding from the Federal Transit Administration (FTA), including special grants through the Emergency Relief Program for Resiliency initiatives, it is now possible to prioritize and increase the number of state of good repair and system upgrade projects.

This infrastructure renewal project - known as the Southwest Connection Improvement Program - will focus on rebuilding an aging set of signals controlling the safe operation of train traffic, also known as an “interlocking". The multi-disciplinary effort involves work to remove, reconfigure and replace several interlockings, adjust track, replace the overhead wire system that supplies electricity to trains, and make repairs and upgrades to drainage structures, retaining walls and structural elements inside the Walnut Street tunnel. 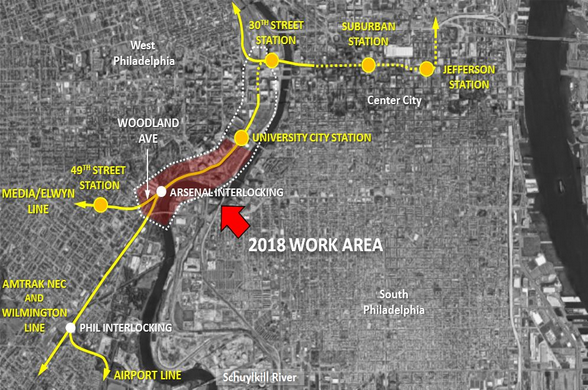 This work will affect service from 30th Street Station through the Airport, Media/Elwyn and Wilmington/Newark Lines.

Through this project, SEPTA is committed to:

By taking this proactive approach to performing this significant upgrade project, SEPTA can plan for alternate transportation and communicate in advance.

This project, although necessary for infrastructure replacement and long-term health of the railroad, will have major temporary effects on passengers. Between August 4, 2018 and August 19, 2018, there will be special schedules in place for the Airport, Media/Elwyn, and Wilmington/Newark Lines. There will be no train service to University City Station. Express service will be suspended. To learn more about the Southwest Connection Improvement Program, click here. Or download the brochure.