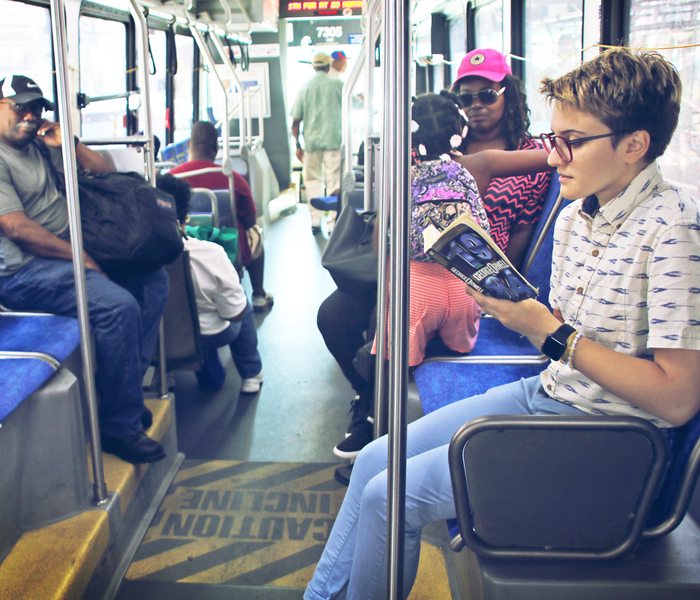 For our July contest, we asked you to tell us what you're reading this summer. Whether it's on the bus, train, trolley, or subway, there is nothing better than a good read while SEPTA gets you where you need to go. And with more than 400 book suggestions, you ISEPTAPHILLYers sure are doing a lot of it! Check out some of the most popular books, authors, themes, and genres below. You may even find an idea for your next read!

1. The Handmaid’s Tale by Margaret Atwood

2. Into the Water by Paula Hawkins

5. Grit: The Power of Passion and Perseverance by Angela Duckworth 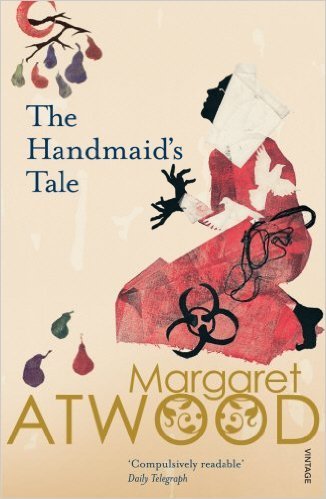 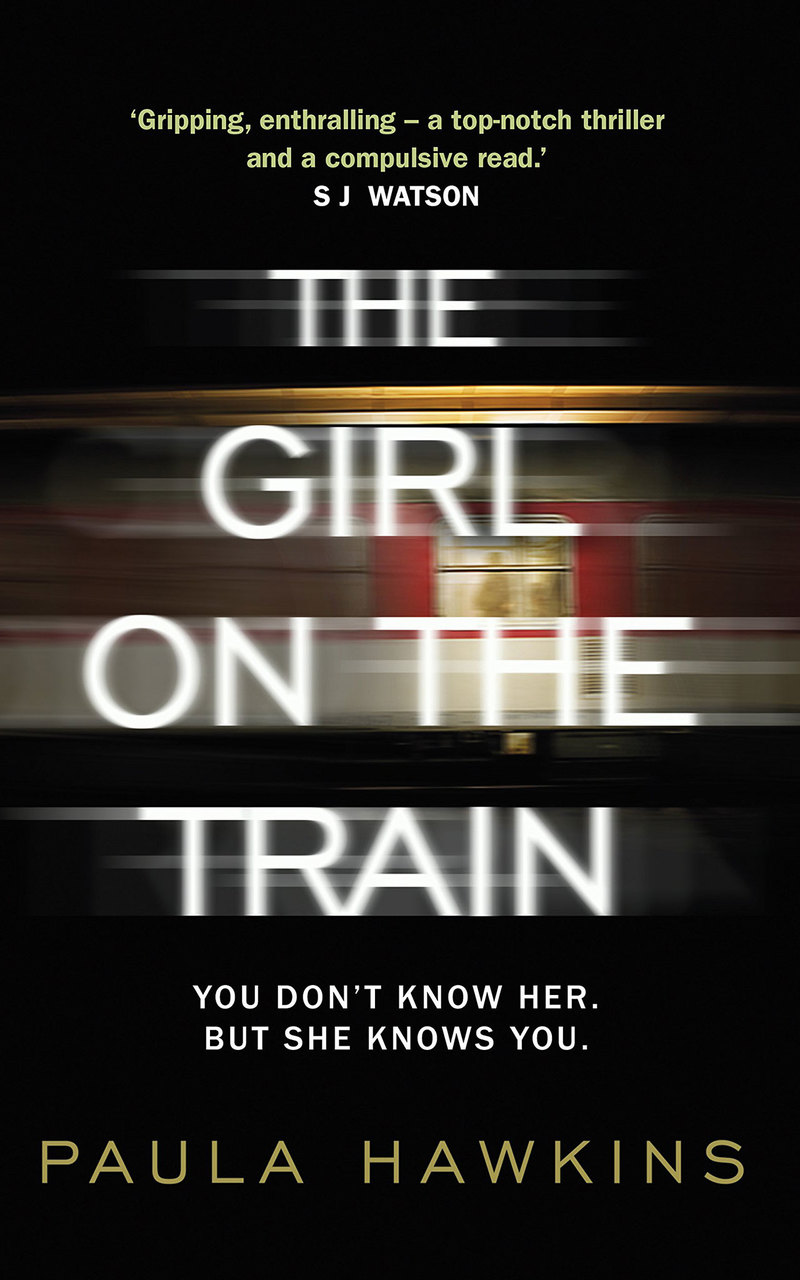 Jacqueline: Not From Where I Sit: Sam Christian in, 'His Own Words' by Barry D. Wade. A story of the alleged leader, of the Black Mafia. Based out of Philadelphia.Pa. The most Unputdownable book that I've ever read. Truly, a must read....

Barry: When Sunrise Hurt, a murder mystery by Jacqueline Middleton a Philadelphia native.

Deana: I'm reading James Fitzgerald, A Journey to the Center of the Mind. James is a former FBI profiler and linguistics expert. He's a native Philadelphian and a series about his experiences is premiering on cable in August.

Maureen: The Blessings is a novel by local author Elise Juska (who uses SEPTA to commute to teach at the University of the Arts!). It's the story of a large Philadelphia family (so many of us can relate) dealing with shared and individual challenges. It reminds us of our connectedness (even when we don't feel it), and the importance of family. It's hopeful and funny and familiar. It's the kind of book that makes you smile and cry.

Linda: Pure Heart the Struggle of a Father and Son in the Struggle for a More Perfect Union by William Quigley.  It is a local story about Reverend Benjamin Dorr, the rector of Christ Church (the church Benjamin Franklin joined, and President Washington worshiped there during his presidency). and his son Captain William White Dorr of the 121st PA Volunteers.  It is also the story of the church and the city during the Civil War, and the tensions who supported the Union, and those who did not.  It recently received an honorable mention in the Forward Indie in the military category.  Learn about the Civil War in Philadelphia, and one of our iconic historic sites and the love of a father and son all in one great book. 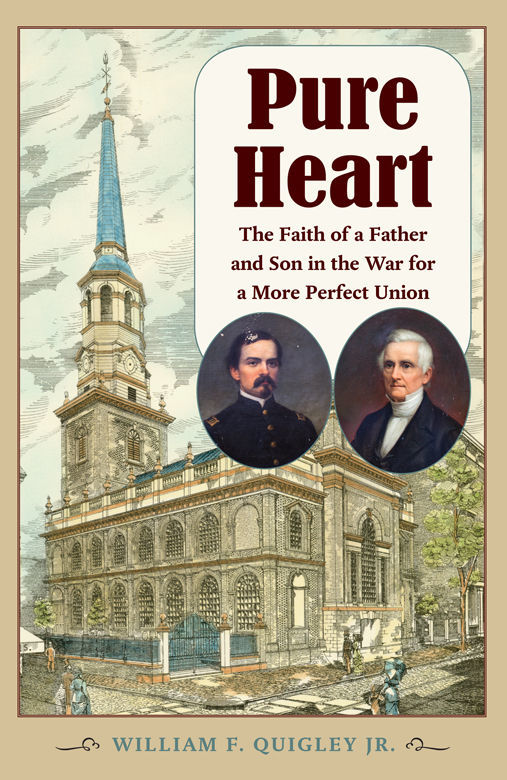 Matthew: Ten North Frederick by John O'Hara. It takes place in "Gibbsville, PA," which is really his home city of Pottsville, in the 1940s. Parts of it also take place in Philly, and I've learned things about the city at that time, like there used to be a Broad Street train station near City Hall.

Christine: Who Do You Love by Jennifer Weiner - TONS of Philly references.

Cathy: Anything by Philly's own Lisa Scottoline!

Kerry: Michael Chabon's Moonglow has been a great recent SEPTA read. Chabon takes us on a series of journeys as he finds out more and more about his dying grandfather, a man he had known very little about until then. The adventures begin in South Philly and branch outward from there. SEPTA might not take you as far from South Philly as Michael's grandfather ventured but it's a start. 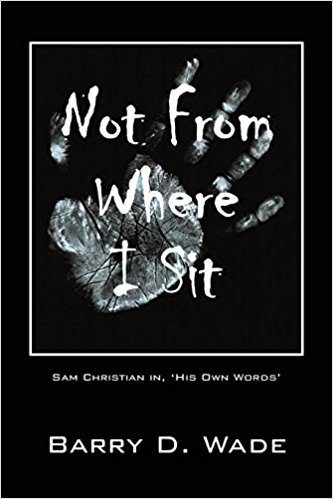 Kristin: To my children, I read, Go, Train, Go, a Thomas the Tank Engine story based on the railway series by Reverend W. Awdry.

Ben: Riding the Bus with My Sister.  I know this book isn't about SEPTA, but it could be...  Although I haven't ever ridden the bus with MY sister, as the family's only Philadelphia resident, I have definitely shown my fair share of folks how to ride buses, trains, the El, and definitely the trolleys.

Ben: Train I Ride, by Paul Mosier. A wonderfully rich and emotional story of a young girl riding a train and finding compassion, family, and herself.

Laurey: Funny, I did read Girl on the Train when I first started taking the train. The irony is I bought a home that I can see the back of from the Norristown High Speed Line just like Rachel in the book.

Autumn: I have been reading Tunnel Vision by Keith Lowe, a story of a man trying to travel through every subway station in a day. Which is very fitting for the transportation theme.

Kenneth: I'm currently reading this public transit related book called, The Race Underground by Doug Most. It's about how the subway systems of Boston and New York City came to be.

Christine: 253 [or Tube Theatre] by Geoff Ryman. This book talks about the missed connections underground on the subway. It's a very charming and retro book great for a commute. 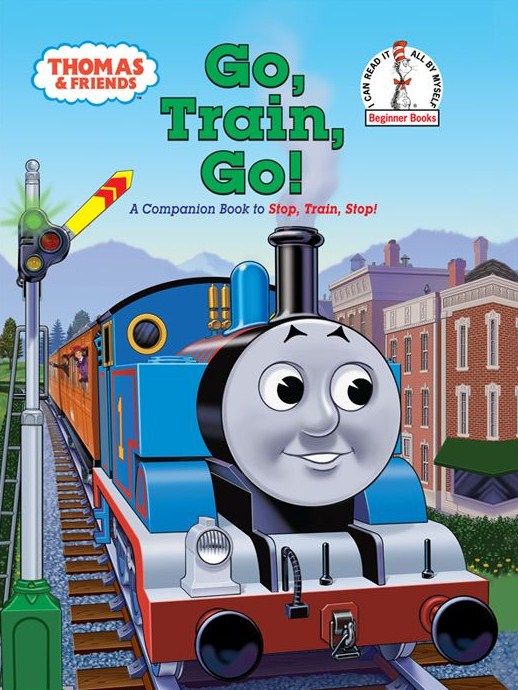 Ben: The best books to read while traveling will always be Harry Potter. From the scenes on the Hogwarts Express (Regional Rail), to those on broomsticks up over the water (coming up to Spring Garden from 2nd Street on the El), to Floo Powder sojourns into Diagon and Knockturn Alleys (Bus routes, particularly on parade and marathon days), SEPTA will get you anywhere in the city with a little magic and likely a little bit more adventure than you expected.

Samantha: Summer on SEPTA is the perfect opportunity to reread (or for the first time!) the Harry Potter books. Everyone seems to smile when they see the covers and people are slightly less annoying & angry; the fact that there are seven books help make most of summer transit. Plus, Severus Snape! 🐍

Tracey: I started reading the Twilight series again to pass the time on the buses trains and subways. It makes the time go so much faster.

Joanna: Game of Thrones - Winter is Coming even if it's hot in Philly.

Zaida: I am reading An Echo in the Bone, it is the seventh book of the Outlander series by Diana Gabaldon. The books contain elements of historical fiction, romance, adventure, and science fiction/fantasy.

Ashley: I'm reading A Wrinkle in Time in honor of the movie having a black woman as the director! 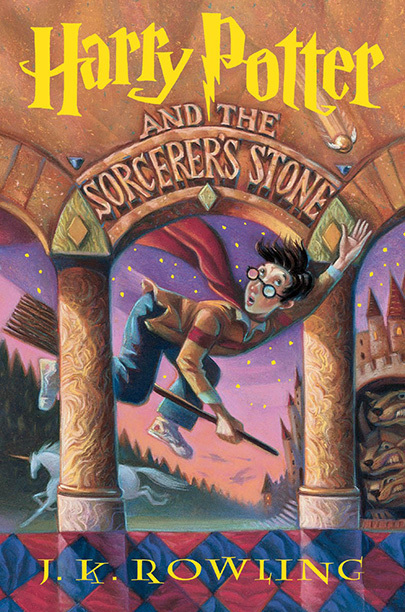 Ben: Since my favorite SEPTA travel mode is the Quiet Ride Car on Regional Rail, I have to nominate the classic book - All Quiet on the Western Front by Erich Maria Remarque.  You can't go wrong learning about history while riding on history as well.

Trevis: A Brief History of Time by Stephan Hawking

Colleen: The Devil in the White City by Erik Larson! Super fascinating look at history.

Craig: I am reading Alexander Hamilton by Ron Chernow. Learned all about one of the most important and, before Lin-Manuel Miranda's musical, one of the most underrated founding fathers. And all leading up to the Fourth of July in Philadelphia!

Moed: The First American: Life and Times of Benjamin Franklin by H.W. Brands. 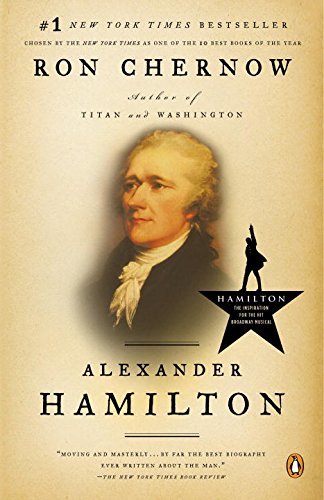 Betsy: Not That Kind of Girl by Lena Dunham

Brian: I am currently reading a book of essays named Holidays on Ice by David Sedaris. While the stories in it are based around the holidays, it is my most definitely my magical escape to Christmas in July. All 6 essays in the book will most definitely transport you there. A must read!

Maria: I Can’t Make This Up by Kevin Hart

Colin: My current commute read is Tolstoy's War and Peace. At over 1,000 pages it's not the easiest book to lug around, but I figured it would last me all summer!

Kyle: A Tale of Two City’s by Charles Dickens

Don: Right now, I'm halfway through The Picture of Dorian Gray by Oscar Wilde and I plan on re-reading The Sun Also Rises by Ernest Hemingway after; it's my favorite!

Connor: Reading this book called Catcher in the Rye by J.D. Salinger

Gloria: I like to call myself spiritual. I haven't attended church in quite some time. I work a lot of hours and therefore don't have much time to relax and read at home. Therefore I DO take the opportunity afforded to me on my trips via SEPTA to read my Bible. I like staying positive and this does help me. 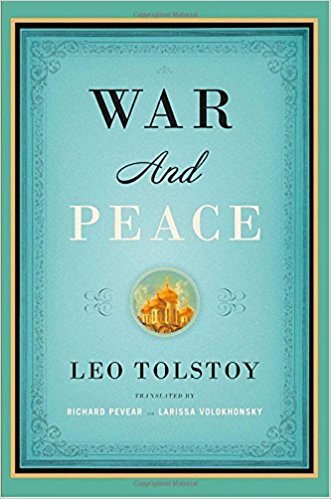 Check out the full list of your book suggestions here.