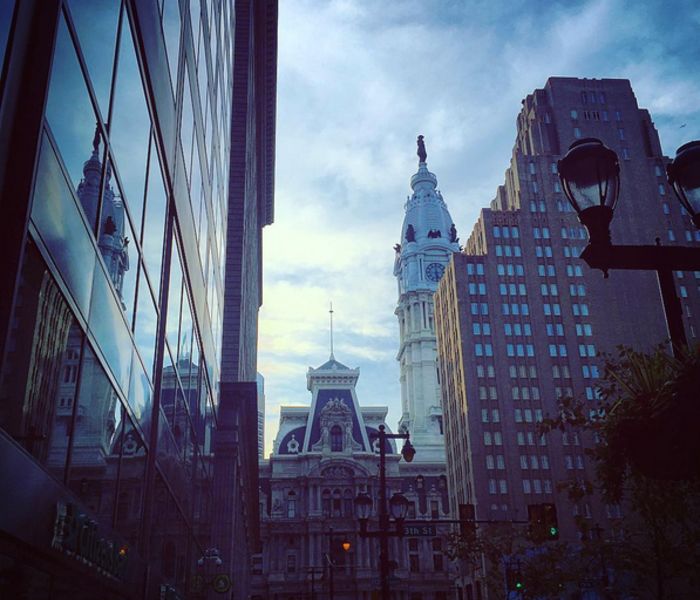 Together these projects, which include a solar power purchase agreement, a solar-powered train signal system, and a comprehensive energy retrofit of its headquarters building, represent the continued progress of SEPTA’s award-winning Sustainability Program, SEP-TAINABLE.

SEPTA has been a transit industry leader in sustainability by focusing on projects that both make financial sense and lay the foundation for a green future. These efforts represent a major step forward, with an approach that will help control costs while delivering significant environmental benefits in the communities we serve.

These projects will enhance the services that we provide our customers today, and better prepare us to face future challenges. SEPTA continues to seek avenues to use the industry’s best available technology to improve the sustainability, resiliency and reliability of our system. These projects reflect major strides towards each of these objectives.

The three projects are described in greater detail below.

Solar Power Purchase Agreement (PPA): SEPTA has reached a 20-year power purchase agreement (PPA) to buy energy from two solar farms located in Franklin County, Pennsylvania. The two solar farms will generate 35 MW of power, one of the largest solar projects in Pennsylvania to-date. With a planned operational date of 2021, they will be financed, built, owned and operated by Light source BP with SEPTA as the sole recipient of the energy produced. The agreement will help SEPTA meet its sustainability goals and reduce its greenhouse gas emissions by 55,750 metric tons of CO2 annually – the equivalent of burning over six million less gallons of gasoline each year and providing energy to more than 7,100 homes annually. The energy generated will provide an estimated annual total of 71,765 MWh, or approximately 19% of SEPTA’s 380,000 MWh per year electricity demand. The energy will be provided at a fixed cost of $28.65 per MWh with no price increase for 20 years. As part of the agreement, SEPTA will receive Green-e® certified Renewable Energy Credits (RECs), which will certify that SEPTA meets the highest environmental and consumer protection standards in North America. Solar Power Reinforcement for Regional Rail Signal System: SEPTA will become the first major transportation agency to use solar technology to reinforce power for rail signal systems at this scale.The $16.2 million project is funded in part by a grant from the Federal Transit Administration under the 2013 Disaster Relief Appropriations Act, designed to improve transit systems during severe weather events. This solar power signal implantation eliminates the need for conduit and external wiring and will allow SEPTA’s system to run for 48 hours if the normal power source is lost. Under this project, the Warminster, Doylestown and West Trenton Lines will be outfitted with solar power reinforcement for signals. SEPTA initially tested the technology on the Chestnut Hill West Line, with positive results.

1234 Market St. Headquarters Energy Retrofit: SEPTA signed an agreement with Constellation New Energy, a leading retail energy supplier, to provide energy conservation measures (ECMs) at SEPTA’s headquarters at 1234 Market Street in Center City Philadelphia. The energy saving contract (ESCO) agreement recommends $13 million in ECM project initiatives that will generate $18 million in guaranteed energy savings which will be used to pay for the project over an 18-year contract period.The ESCO at SEPTA headquarters not only supports sustainability goals to reduce energy consumption,water consumption, and GHG emissions, but it supports the 2030 District, a larger regional effort to reduce the environmental impact of buildings in Philadelphia’s urban core. The initiative brings together property owners and managers with professional and community stakeholders, local governments, and utilities to achieve voluntary reductions in energy and water use, and in transportation emissions by the year 2030. SEPTA is a founding member of the 2030 District, which is run by Green Build United. Improvements to the 1234 Market headquarters, which was originally built in 1974, include: Installation of LED ceiling lights; Lighting controls including daylight sensors and dimmers; Solar controlled electronic window shades; Perimeter weather sealing; Water efficient fixtures; and Intelligent HVAC system controls.