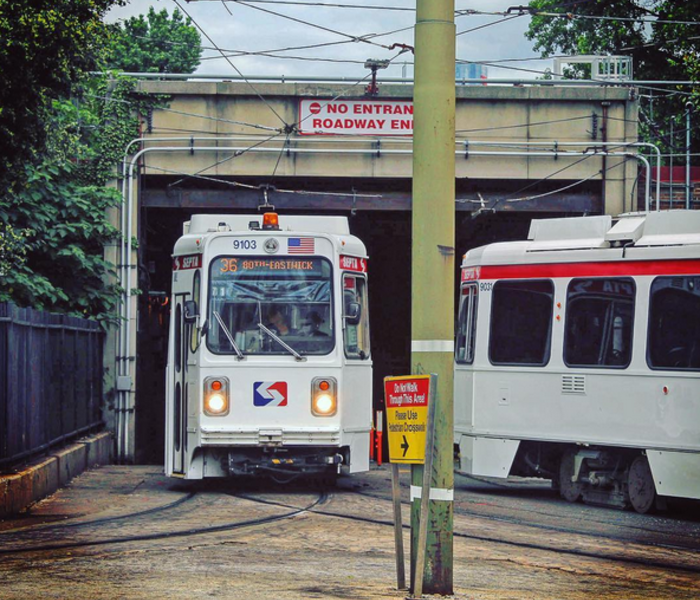 Trolley service will begin and end at 40th and Market Streets; trolleys will use their alternate diversion service routing to connect to SEPTA’s Market-Frankford Line at 40th and Market Streets. Trolley passengers can board the Market-Frankford Line at 40th Street Station for travel to-and-from Center City, as the work efforts will not affect that service.

Because the trolley tunnel is used 24 hours a day, it makes it difficult for our crews to get productive work windows to complete necessary repairs and improvements. The Blitzes have allowed our crews to replace switches and thousands of feet of rail and overhead contact wire, and under take an aggressive improvement and cleaning program at the trolley stations. The program we implemented five years ago and have executed over the past four summers has made a significant difference on how the Trolley Tunnel infrastructure performs over the course of the year.

To minimize the period of inconvenience on riders, SEPTA holds the Blitzes during the summer, when ridership is lower.

• Testing emergency generators and lighting throughout the tunnel

• Inspecting, testing and maintaining track circuits and other signal aspects (visual indication) at Portals and throughout the tunnel

At 15th Street Station, third party contractors will continue with accessibility (ADA) improvements including shoring and framework for the new elevators and structural repairs.

At the 40th Street Portal, SEPTA crews will install a new pipe that ties into the UCD storm water management system.

The projects we work on during the blitzes improve safety and service reliability throughout the Trolley Tunnel. We thank our customers for their continued support and understanding during these closures. We will work to make this year’s blitz as productive and successful as in previous years.