From the old neighborhood to the newest hot spots, SEPTA is what moves Philadelphia from a city of neighborhoods - to one of community.

Abordo SEPTA is a partnership between AL DÍA and SEPTA and the role SEPTA plays in people's lives. Whether it be a daily commute, going to see family, discovering a new part of the city or something else, public transportation like SEPTA plays a vital role in what takes a place like Philadelphia from being a city of neighborhoods, to one as a whole cohesive community.

Abordo SEPTA is a multimedia campaign featured in the pages of AL DÍA, online, across social media, and as part of a community arts film project directed by Alba Martinez, whose story is an inspiration for the series.

Martinez first came to Philadelphia from law school in Washington D.C. in 1985. She came to be a part of Community Legal Services, still one of the best public interest law firms in the country. The other, more important reason she came to Philadelphia was for the Latino community she heard so much about and wanted to connect with.

When she got here, the community was initially hidden, but a call Martinez placed to Taller Puertorriqueño, after finding it in a phone book, put her on SEPTA Route 47 bus north from Center City to 5th and Lehigh. When she got off, Martinez was at the center of the Latino community in North Philadelphia, full of its vibrant colors, music, and commerce.

More than 30 years later, Martinez would write a song as a salsa ode to Route 47 bus and the ride she went on to discover a new world within Philadelphia.

A music, dance and art-filled celebration of the Philadelphia region's Latinidad, La Guagua 47 is a one-of-a-kind community cultural production that has engaged over 100 Philadelphia artists and volunteers in its creation, and many more community members as cultural event participants. The film tells a universal story of migration, belonging, and finding home in one another: a young Latinx migrant arrives in Philadelphia feeling very alone. One day she discovers the iconic SEPTA 47 bus, and embarks on a journey that changes her life.

La Guagua 47 introduces the significance of the 47 bus to the thriving and inspiring culture of Philadelphia’s Latinx community. The film reimagines the 47 bus as a central character in helping communities find joy and belonging and demonstrates the public transportation system’s support of community, economy, multiculturalism, and culture.

La Guagua 47 is a project with the power to ignite joy, unity and inclusion. It invites all people to connect with Philly’s Latinidad, to one another, and to our multicultural Philadelphia.

The song and short film - La Guagua 47 - introduces the significance of the Route 47 to the thriving and inspiring culture of Philadelphia’s Latinx community. The film reimagines the Route 47 as a central character in helping communities find joy and belonging and demonstrates #publictransportation’s support of community, economy, multiculturalism, and culture. 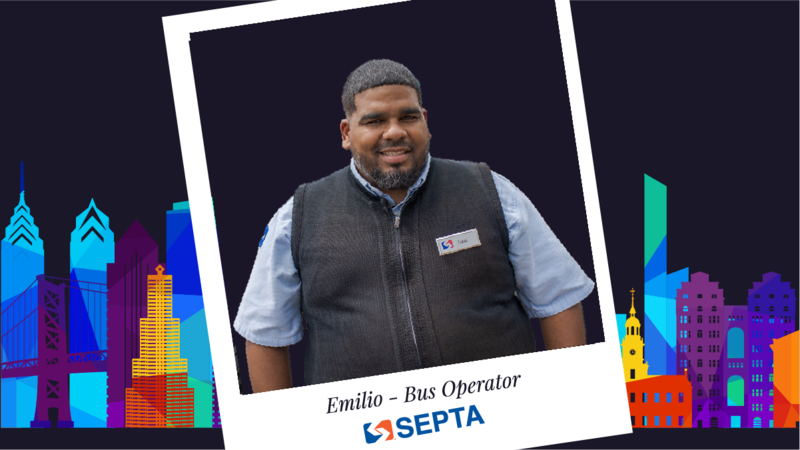 Emilio is originally from the island of Puerto Rico. The youngest of three siblings, he lived on the island until age 7. At that point, his family migrated to Philadelphia where his mother’s parents and siblings were living. They migrated as a family to seek better medical facilities due to his older sister’s health issues.

His early years in Philadelphia were challenging because he spoke only Spanish and was in a whole new environment with a different climate, culture and social behaviors. But eventually, Emilio persevered by learning the language and adapting to his new life. As he became older, Emilio began to appreciate all that Philadelphia has to offer, such as U.S. historical sights and multicultural communities. As an adult, he worked with the youth in the community, assisting in sports leagues and helping to run after school programs through the Philadelphia Department of Parks & Recreation. He also worked for the Philadelphia Youth Advocate Program helping middle school and high school boys comply with probation demands and find resources in their communities.

And now, Emilio serves the community by working for SEPTA - helping meet our community’s daily transportation needs. As a SEPTA Bus Operator, Emilio covers many routes but is favorite is La Guagua 47!

Emilio's family has a dance group called Raices de Borinquen. They perform traditional music from Puerto Rico called “bomba y plena.” They have been performing for more than 18 years, featuring the three different cultures of Puerto Rico: Tainos, the naitives of the island, Spaniards, and Africans. The drums and songs are from  African descendants, the dancing and style of clothing come from Spaniard descendants, and the maracas come from Taino descendants. What Emilio loves about their performance is that it’s often workshop style where they pause and explain these cultures. They also include members of the audience by bringing them on stage, showing them dance moves, and having them perform alongside us. This is a big hit with the children.

"If you attend a performance and you are Puerto Rican, you learn about your culture. If you are from a different culture, you learn that we have more in common than you might have realized." - Emilio

Overall, I love Philadelphia and serving my community through my employment and educating them through my culture.

See if you can spot Emilio performing bomba y plena in La Guagua 47! 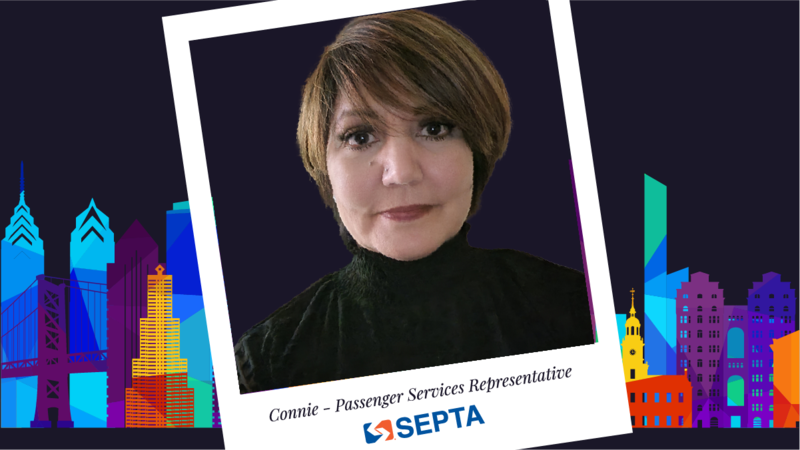 Connie moved from the Dominican Republic to Olney when she was five years old. She attended grade school close to home but when it was time for high school – it was time for SEPTA. She and her sister rode the Route 47 to Cardinal Dougherty High School – and it was the highlight of their day because ninety percent of the riders were Cardinal Dougherty students. They were her friends. She remembers even when the bus was crowded - they never had to stand. They sat on each other's laps! It was their only #waytogo! And it wasn’t just for school days. On weekends - after finishing their chores - Connie and her sister would ride the Route 47 to the Gallery in Center City to shop. Today - when Connie sees the Route 47 - it brings back so many wonderful memories of her school years!

Check back for more stories!

Use our trip planner to see where SEPTA can take you today!

We want to hear where you went ABORDO SEPTA!

Send us an email and we'll post your story below and on our blog!