Made in America Festival 2016 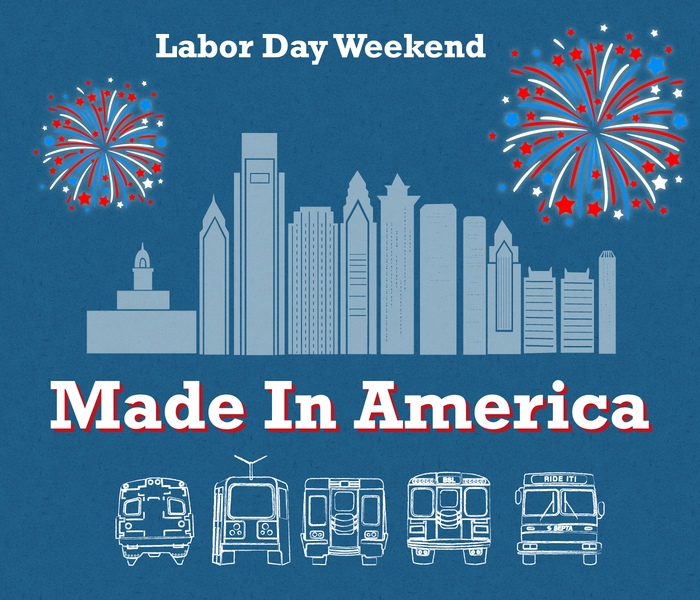 This Labor Day Weekend, the Made in America Festival returns to Philadelphia for its fifth year of music and fun. Hundreds of thousands of festival-goers people will flock to the Benjamin Franklin Parkway on Saturday, September 3rd and Sunday, September 4th to enjoy live music from some of the biggest artists in the world. This year, Rihanna, Coldplay, along with dozens of other big names, take the stage at this 2-day festival.

With such a huge event being held in the heart of Philly, SEPTA service will be altered. Due to planned street closures around the Parkway before, during, and after the festival, the following SEPTA Bus Routes will operate on a detour:

In order to better transport those attending the festival, the following transit and rail services will be modified:

Broad Street Line: Additional trains will operate before and during the festival.

Market-Frankford Line: Additional trains will operate before and during the festival.

For up to date service alerts, check SEPTA System Status and follow @SEPTA on Twitter. If you have any questions or inquiries, SEPTA Customer Service is happy to help.

Whether you’re attending the Made in America Festival or going elsewhere in the city, play it safe and leave the driving to SEPTA. Have a great Labor Day Weekend, ISEPTAPHILLYers!