The Results Are In! 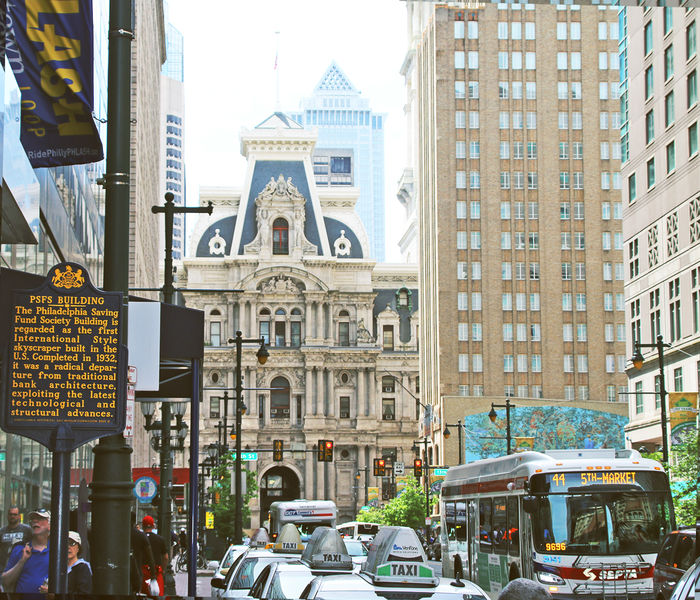 Bus travel times on Market and Chestnut Streets in Center City have been reduced according to results from a joint initiative by the City of Philadelphia, Philadelphia Police Department, SEPTA, and SEPTA Police.

Bus travel times improved by 6.4% on Chestnut Street and 4% on Market Street.

The Market and Chestnut Bus Lane Enhanced Enforcement Program, which focused specifically on Chestnut Street (between 21st and 11th) and Market Street (between 7th and City Hall) began on September 24, 2018. It was designed to cut down on congestion caused by illegal traffic behaviors, such as passenger vehicles driving in the bus lane, blocking a transit vehicle, blocking the box, double parking, loading illegally, parking in a moving traffic lane and illegal turns. These violations are principle causes of significantly reduced transit speeds during the midday (9:45a – 3p) and evening rush hour (3p – 7:15p). Enforcement partners worked together to enforce laws already on the books.

“These results show that enhanced enforcement resulted in improved travel times for both buses and the rest of the users of the streets. We hope to use the information and results from this program to improve the overall quality of commuting in the City while improving traffic flow and implementing the Transit First goal set out in the CONNECT plan.” said Michael Carroll, Deputy Managing Director for Transportation with the City of Philadelphia’s Office of Transportation, Infrastructure, and Sustainability (OTIS) and SEPTA board member.

Prior to the enforcement, the City’s Streets Department examined and refreshed bus/bike only pavement markings, and regulatory signs, where possible. Pre-enforcement efforts also included an educational pamphlet developed by SEPTA that was distributed by enforcement partners to vehicles stopped in the bus lane.

Transit speeds were collected and analyzed for three weeks before and three weeks after the enhanced enforcement began on September 24, 2018. Results from the four-month long program show that Chestnut Street saw a 6.4% improvement in transit travel times during the midday period for the whole length of Chestnut Street, resulting in 2.5-minute reduction in travel time per bus on average on Chestnut Street (River to River). A 4% improvement on Market Street resulted in 0.5 minutes saved per bus on average (City Hall to 7th Street). While a few minutes of time savings per bus may sound small, it adds up over the thousands of people who ride the hundreds of buses on these streets every day. These reductions can help limit bus bunching and keep vehicles on schedule as their trips continue throughout the city.

Travel times for the public driving on both Market and Chestnut Streets decreased slightly during the program, while increasing on average in the City.

Enforcement partners are still ticketing violators, but future initiatives are planned to keep improving traffic flow in Center City. These initiatives include: