What is a Catenary? 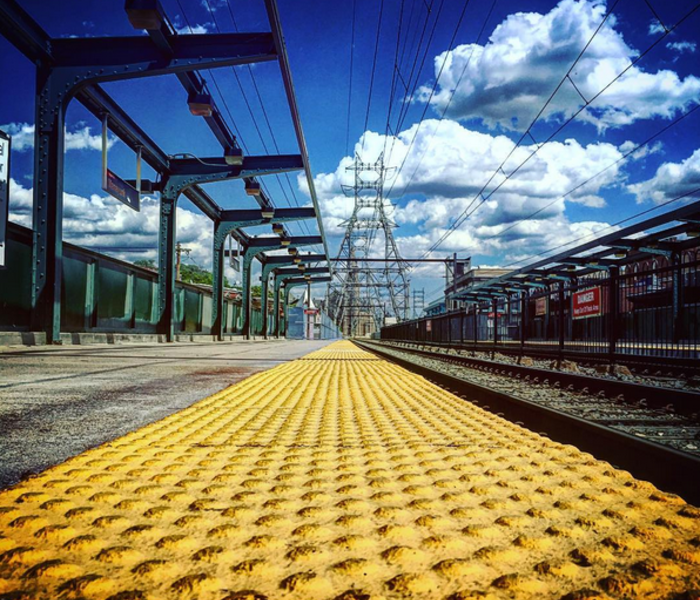 On the West Trenton Line, all trains headed to Center City will operate as regularly scheduled, with the exception of late night Trains #331, #333, and #337, which will depart LATER. Trains traveling to West Trenton will operate 5 minutes EARLIER than regularly scheduled, with the exception of late night Train #338, which will depart 15 minutes LATER. Also please note, all trains will board from the OUTBOUND (toward West Trenton) platform at Woodbourne and Langhorne Stations. The high-level platforms at these stations will be out of service. Customers should use the high-level platform at Neshaminy Falls Station as an alternate.

This all made us wonder - what exactly is a catenary?

I have lately received from Italy a treatise on the equilibrium of arches, by the Abbé Mascheroni. It appears to be a very scientifical work. I have not yet had time to engage in it; but I find that the conclusions of his demonstrations are, that every part of the catenary is in perfect equilibrium.

In our world, a catenary is a system of overhead wires used to supply electricity to a locomotive, streetcar, or light rail vehicle which is equipped with a pantograph. The pantagraph presses against the underside of the lowest overhead wire, the contact wire.

Current collectors are electrically conductive and allow current to flow through to the train and back to the feeder station through the steel wheels on one or both running rails. Unlike simple overhead wires, in which the uninsulated wire is attached by clamps to closely spaced crosswires supported by poles, catenary systems use at least two wires. The catenary or messenger wire is hung at a specific tension between line structures, and a second wire is held in tension by the messenger wire, attached to it at frequent intervals by clamps and connecting wires known as droppers. The second wire is straight and level, parallel to the rail track, suspended over it as the roadway of a suspension bridge is over water.

The Northeast Corridor in the United States has catenary over the 600 miles (1000 km) between Boston, Massachusetts and Washington, D.C. for Amtrak's high-speed Acela Express and other trains. Commuter rail agencies including MARC, SEPTA, NJ Transit, and Metro-North Railroad utilize the catenary to provide local service.

Overhead line equipment can be adversely affected by strong winds causing swinging wires. Power storms can knock the power out with lightning strikes on systems with overhead wires, stopping trains if there is a power surge. During cold or frosty weather, there is a risk of ice build-up on overhead lines. This can result in poor electrical contact between the collector and the overhead line, resulting in electrical arcing and power surges.