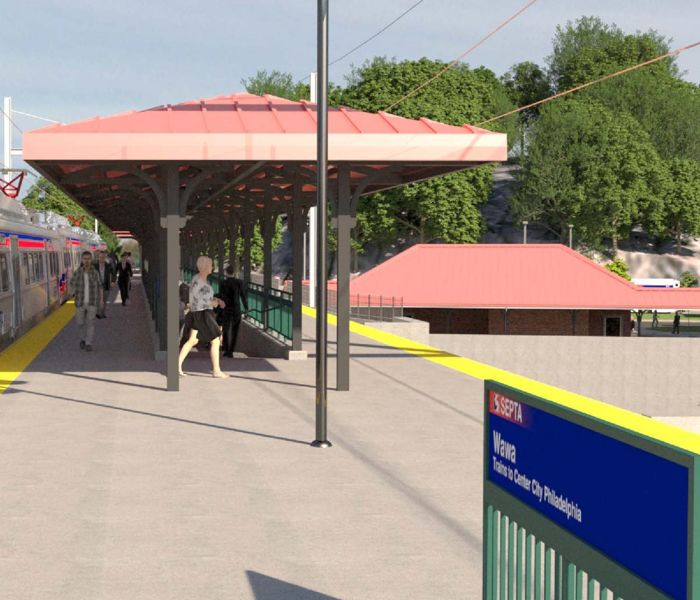 The outer section of the line, including Wawa Station, was closed in 1986.

Today, SEPTA is working towards restoring service on the Media/Elwyn Regional Rail Line from its current terminus at Elwyn Station to Wawa, PA.

An early action phase to stabilize embankments on sections of this line was completed in 2010. The next component of this 3-mile service restoration will involve significant infrastructure renewal, including retaining walls and the rehabilitation or replacement of track, catenary and structures, and signals.

The last component of this project is the construction of a new station, a 600 car parking deck, and an intermodal connection.

This project would not be possible without Pennsylvania Act 89 which created a long term funding solution for critical highway and transit infrastructure needs across the Commonwealth. This places SEPTA in a strong position to reinvest in and rebuild the system to provide safe, reliable service, while enhancing the travel experience for current and future customers by upgrading, rehabilitating, and replacing critical infrastructure including bridges, track, traction power systems, and vehicles.