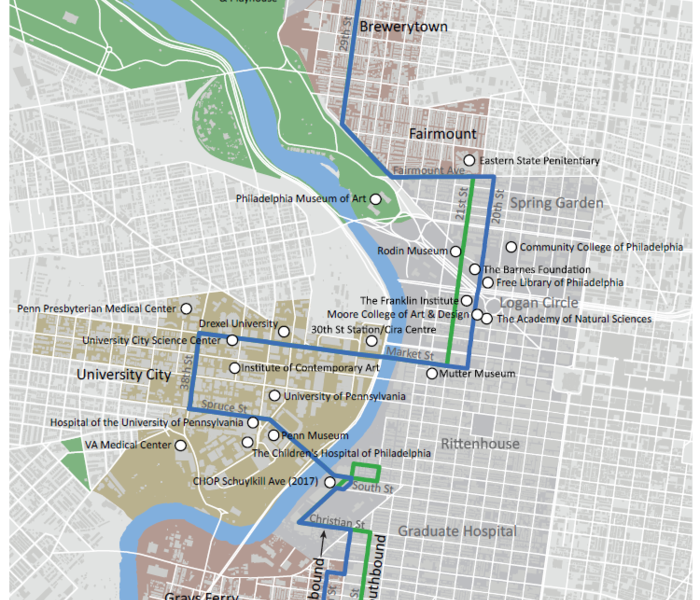 SEPTA will hold two open house meetings on February 27, 2018 to seek public comment and answer questions about its Fiscal Year 2019 Service Plan. The meetings will be held from noon to 1:30p and 5p to 6:30p at SEPTA Headquarters, 1234 Market Street, Philadelphia, in the boardroom on the mezzanine level.

As part of the Annual Service Plan process, public open house meetings will be held prior to finalizing the Plan. Representatives of affected citizen groups, public agencies, elected officials and interested individuals are encouraged to attend. The purpose of these meetings is to receive input regarding items which are included in the Plan prior to the tariff and public hearing process. New proposals to be discussed include the following bus routes:

• ROUTE 49: This proposal would establish a new bus route in the City of Philadelphia, which would operate from Strawberry Mansion, Brewerytown and Fairmount to Grays Ferry via University City.

• ROUTE 80: This proposal includes minor route realignments at each end of the route.

• ROUTE 88: This proposal would extend all trips ending at Holme and Pennypack Avenues to Frankford and Linden Avenues.

• ROUTE 96: A new terminus is being built by SEPTA on Railroad Avenue in Lansdale. This routing change would address access in and out of that location.

• ROUTE 129: An alternate routing is proposed to address overcrowding for passengers going to the Keystone Industrial Park in the morning peak.

• ROUTES 204, 205 and 206: Uptown Worthington, in Malvern, would be served on all trips by Route 204, as part of the base route. Route 205 would be discontinued in its entirety, with portions of the current route between Paoli Hospital and Swedesford Road added to a reconfigured Route 206.

A complete list proposed projects is available at http://www.septa.org/notice/fy19-service-plan-open-house.html.