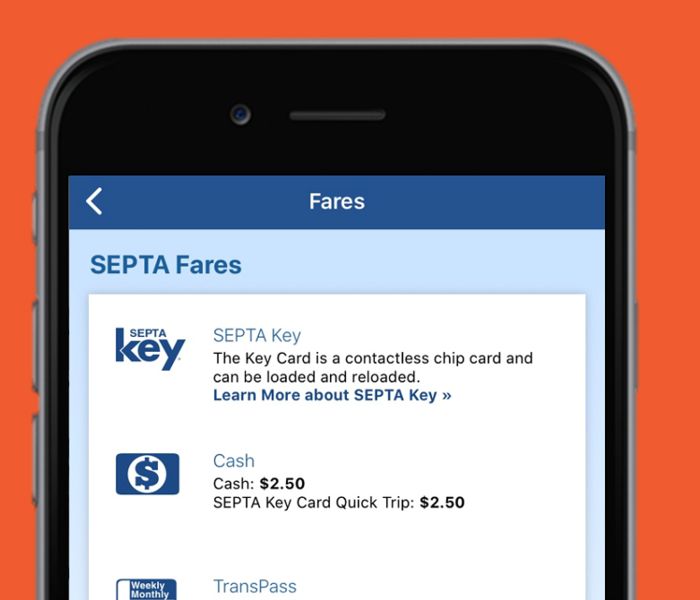 SEPTA today (Wednesday, March 11, 2020) announced a Fare Restructuring Plan that eases the cost of travel for families, provides one free transfer to save customers time and money, and introduces a new three-day pass. In addition, there would be no change to the base cash fare or the discounted rate for riders with disabilities, and all service levels would remain the same.

In keeping with the recommendations of the Pennsylvania Transportation Funding and Reform Commission, SEPTA has adopted a practice of making modest, periodic fare adjustments every three years. SEPTA has made an effort to keep these proposed increases, which if approved would go into effect on July 1, within the range of the Consumer Price Index (CPI). In addition, this overall Fare Restructuring Plan is designed to better serve the needs of low-income communities and promote efficient travel across all SEPTA modes, system-wide.

An analysis of the proposal by Econsult Solutions Inc. showed that fares as a share of daily income will fall in low-income communities across Philadelphia, as well as in areas with high concentrations of minority residents, residents with long commutes and residents with children. The review also found that by shifting from the current one-seat commute, customers can transfer and cut their travel time and lower their cost. The proposed Fare Restructuring Plan is meant to improve the affordability and efficiency of SEPTA service, and put the Authority in a position to grow ridership.

The full Fare Restructuring Plan will be posted on http://www.septa.org on March 20, 2020, which is the start of a public comment period that will continue through a series of 10 public hearings that begin on or around April 20, 2020. Below is a summary of proposed changes to some of the most widely used fare payment methods:

Reduction in Child Fares: Fares for up to three children between the ages of 5 and 11 traveling with a fare-paying adult on all SEPTA services (Transit and Regional Rail) will be $1. This represents a 60 percent savings on Transit and between 43 and 78 percent on Regional Rail, depending on zone of travel. Up to three children under the age of 5 traveling with a fare-paying adult will continue to ride for free on all SEPTA services.

Introduction of a New Three-Day Convenience Pass Priced at $18: The pass is good for 72-hours after initial tap, so it is a great product for workers and other customers who ride Transit less than five-days per week. It will also be useful for out-of-town visitors and convention attendees.

No Increase in Cash Fare: Cash fare for Transit will remain $2.50. This rate went into effect on July 1, 2017. Under this proposal, the base cash fare would be equivalent to the Travel Wallet fare.

Free Transfer Using the Travel Wallet on SEPTA Key: While the base Travel Wallet Fare on Key card increases from $2 to $2.50, SEPTA is offering customers one free transfer.

Fares for Disabled Riders: No Change in Base Fares, Deeper Discount for Those Who Transfer

SEPTA General Manager Leslie S. Richards noted the role that feedback from customers, transit advocates, elected officials, and other stakeholders has had in shaping the proposed Fare Restructuring Plan.

“The Fare Restructuring Plan represents a significant step forward in our effort to improve equity, affordability and ease-of-travel for our customers. It also ensures that SEPTA will be able to raise the revenue necessary to maintain current service levels across the system,” Richards said. “I look forward to a productive public dialogue about this proposal as we move forward.”