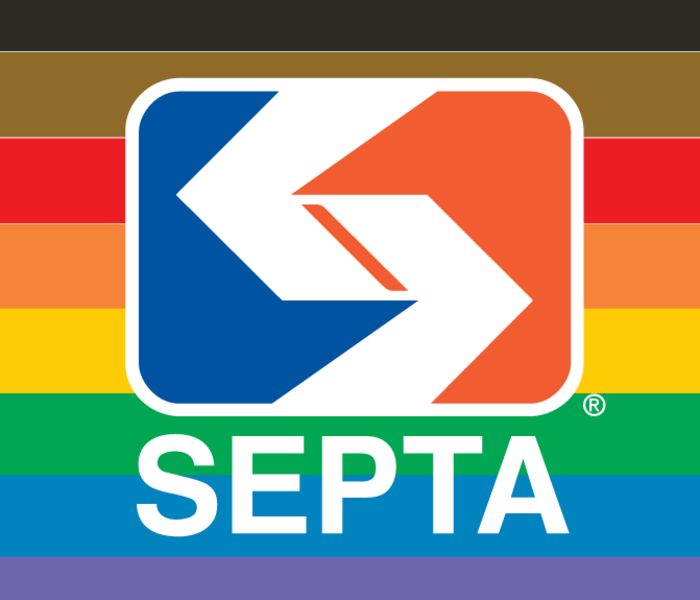 SEPTA would like to take this time to recognize LGBTQ History Month. This takes place every year in the month of October and it's a celebration and recognition of the history of lesbian, gay bi-sexual and transgender rights and the related Civil Rights Movement.  It was founded in 1994 by Rodney Wilson, a Missouri high school history teacher.

Did you know that Philadelphia is recognized as one of the top-ranked LGBTQ-friendly cities in the United States? SEPTA is proud to operate its headquarters in a city rich in diversity and activism. If you would like to learn more about LGBTQ history, here are a few places to go and explore right here in our own “City of Brotherly Love and Sisterly Affection". All of these are an easy trip on SEPTA. For how-to-ride info click here.

Arch Street Meeting House (320 Arch Street) -- Want a private tour with friends? Visit this site where 300 activists from across the nation met on February 25, 1979 to organize the National March on Washington, D.C. for Lesbian and Gay Rights.

Independence Hall (5th & Chestnut Streets) -- Feeling patriotic around this time? Well, just march on down to Independence Hall. This was the location for the Annual Reminders March that took place each July 4th starting in 1965 to highlight the denial of basic rights for the LGBTQ community. The march was co-organized by Barbara Gittings, who was considered the mother of the LGBTQ Civil Rights Movement. She was also editor of the first lesbian magazine “The Ladder.”

John Fryer Historic Marker (1300 Locust Street) -- Want to learn his-story? This marker is in honor of Dr. John Fryer, a gay Temple University professor and psychiatrist who fought against the American Psychiatric Association to have homosexuality declassified as a mental illness.

Giovanni’s Room (345 S. 12th Street) -- Bored with your reading selections? Open the door to Giovanni’s Room. This is one of the oldest LGBTQ and feminist bookstores in the country and houses thousands of books, some of which are discounted or even free.

Gayborhood (11th to Broad, Pine to Walnut Streets) --Tired of walking on sunshine? Well you can change your pace and walk on rainbows in this hood. See if you can spot all 36 rainbow street signs in the area. The section of Center City was named in 1997 during Outfest, which is a “coming out” festival that takes place in October.

Click here for our Trip Planner tool. Let us know in the comments below - where you GO!