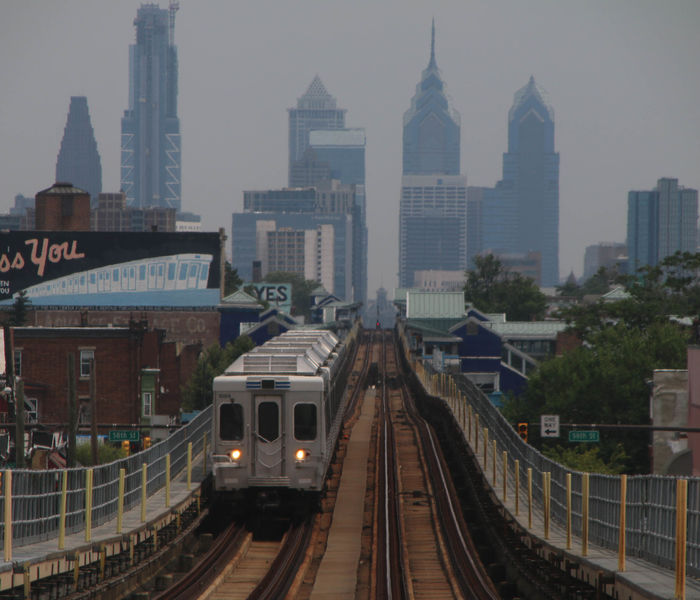 This week, we're taking a look at the workhorse of the SEPTA system, the Market-Frankfod Line. The El, as it’s sometimes called (due to its elevated track at some points) carries about 180,512 passengers every weekday, making it the busiest line in all of SEPTA. While riding between 69th Street and Center City, you can take in A Love Letter For You , a series of murals by artist Steve Powers. Created in 2009, it’s composed of 50 rooftop murals between 63rd Street and 45th Street.

Powers, a West Philadelphia native now based in New York, is a former graffiti writer who became an established studio artist, illustrator, and Fulbright scholar. In Powers’ own words, Love Letter is “a letter for one, with meaning for all” and speaks to all residents who have loved and for those who long for a way to express that love to the world around them. He considers the project “my chance to put something on these rooftops that people would care about.” You can take a guided tour of the Love Letter Murals this Saturday, 2/15 for a discounted price with this Perk!