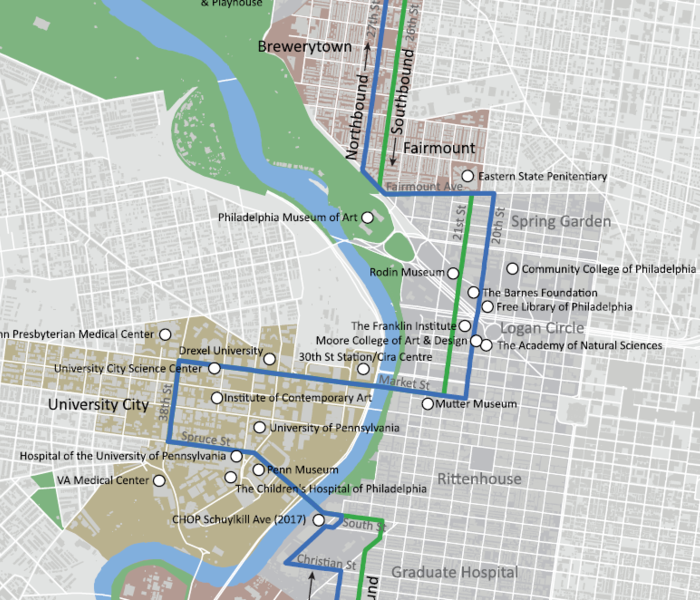 SEPTA is inviting the public to a community open house on Tuesday, 3/28 to discuss a proposed new bus route that would operate from Brewerytown, Fairmount and Grays Ferry to University City.

The Route 49 would provide an important connection between the neighborhoods and growing numbers of jobs and health resources in University City. The proposed routing would also create a direct transit option between 30th Street Station and the Benjamin Franklin Parkway.

SEPTA officials will discuss details of the plan and answer questions from residents at the community meeting on Tuesday, 3/28 from 6p to 8:30p at the Eastern State Penitentiary, 2027 Fairmount Avenue.

The Route 49 is being considered as part of SEPTA’s Fiscal Year 2018 Annual Service Plan. For more information on other service proposals, click here.