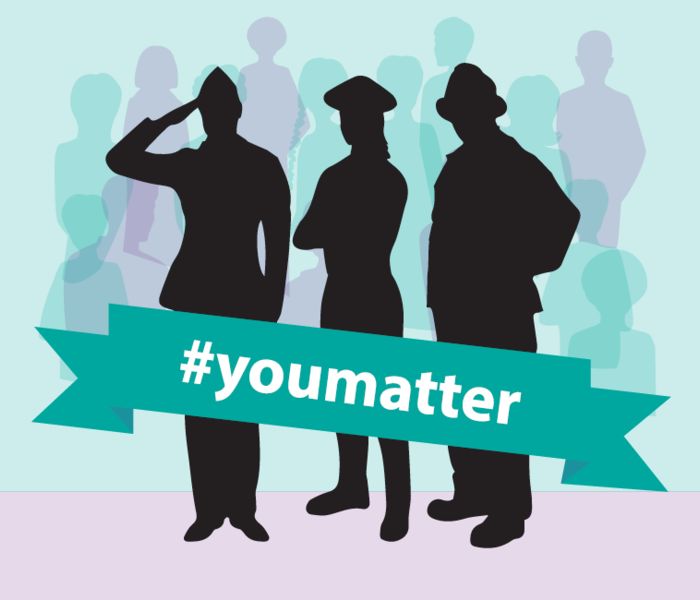 On Tuesday, September 10, 2019, SEPTA gathered with local first responders and Veterans Affairs officials to kick off a new suicide prevention campaign, focused on military veterans, police officers, firefighters and other emergency personnel. The event is one of many being held today as part of World Suicide Prevention Day.

Recent studies have shown increasing numbers of suicides among veterans and first responders. SEPTA is posting new posters and car cards throughout the system to raise awareness by highlighting behaviors for individuals who may be at-risk for suicide, and to provide contact information for help and resources. This is the latest effort undertaken as part of the #YouMatter campaign, which is aimed at preventing suicides.

As an extension of its suicide prevention program, SEPTA partners with the Regional Suicide Task Force of Southeastern Pennsylvania (RSFTP) to educate riders about assistance that is available for those contemplating suicide and for those with loved ones in need of help.

For this year’s effort, SEPTA received a $16,754 grant from Operation Lifesaver Inc. to enhance its work with the RSFTP. Operation Lifesaver is a nonprofit public safety education and awareness organization dedicated to reducing collisions, fatalities and injuries at highway-rail crossings and preventing trespassing on or near railroad tracks. SEPTA received one of only 10 grants available nationwide.

In addition to the car cards on its vehicles, signs located at all SEPTA Regional Rail and rail transit stations inform the public that assistance is available for those contemplating suicide via the National Suicide Prevention Lifeline. SEPTA started installing the Lifeline signs in 2014, and there are now more than 1,000 posted throughout the Authority's five-county service area.

The goal of these efforts is to let people know there is help available for them if they are thinking about suicide, or know someone who is showing at-risk behaviors, by calling the National Suicide Prevention Lifeline at 1-800-273-8255. As part of this year’s effort, there is an additional First Responder Support Team available at (267) 893-5200. The National Suicide Prevention Lifeline is answered locally by Family Service Association of Bucks County, Montgomery County Emergency Services and Philadelphia Department of Behavioral Health and Intellectual Disabilities.